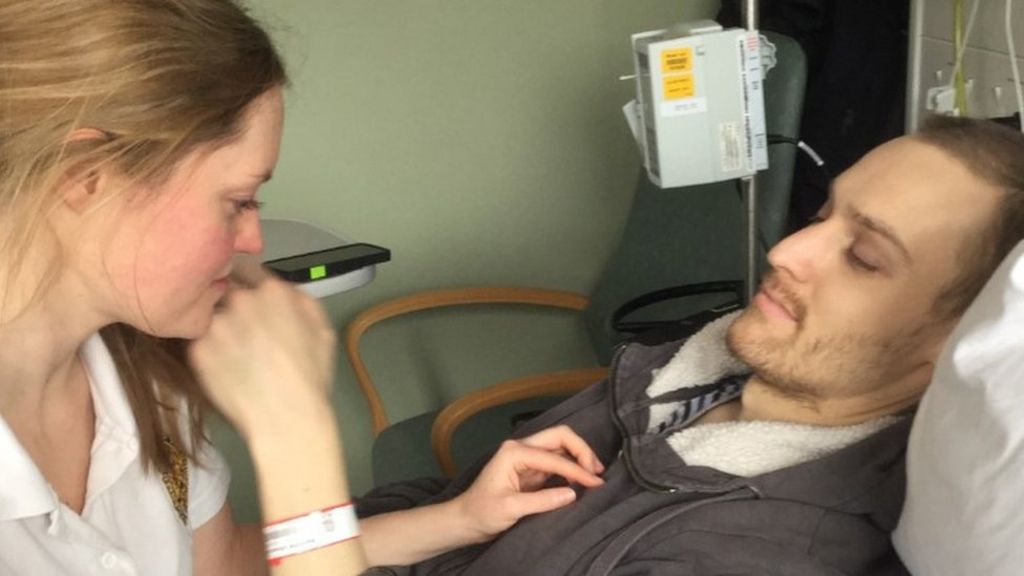 A campaign to save the life of a man with a rare type of leukaemia has reached the £400,000 target needed to send him to the USA for treatment.

Kate Brandon, 33, set up a social media campaign last week for her husband Mike, 31, after his consultant said all NHS routes were “exhausted”.

Mrs Brandon said the support was “beyond incredible” and not hitting the target had “not been an option”.

The couple, from Bristol, will fly out to join a trial at the University of Pennsylvania’s Abramson Cancer Centre starting on Wednesday.

Mrs Brandon said she was “overwhelmed by the response” to the appeal.

She thanked “everyone who has read our story, shared our social posts and donated money”.

It is the second time the Brandons have appealed to the public for help.

After his diagnosis in January 2014 a social media campaign found a stem cell donor for his condition, but he relapsed in February and was told there was “little” his consultant could do.

Mr Brandon said his “family and friends have had to bear the true load” of his illness.

“At our wedding, I chose the Superman theme tune and wore some silly Superman socks as we walked down the aisle together,” he said.

“In truth, it should have been Kate wearing those socks. She’s been my ultimate superhero.”

Mrs Brandon said £400,000 was the minimum needed to cover medical costs, which “often go unnoticed in the UK”.

She added they also have to fund flights and general living costs and any extra money raised would be donated to Bristol’s oncology unit.