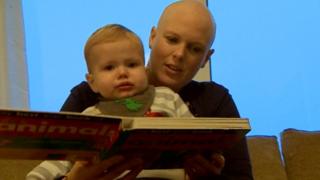 Pregnant woman with with breast cancer ‘must have baby early’

A pregnant woman who chose to delay intensive chemotherapy rather than abort her baby has been told she must have the child 12 weeks early to stand the best chance of surviving.

Police officer Heidi Loughlin, 33, from Portishead, near Bristol, found out she had inflammatory breast cancer, when she was 13 weeks pregnant.

She has had chemotherapy but has found out the initial treatment has failed.

Once the baby is born she can take stronger drugs to target the cancer.

Ms Loughlin, a serving officer with the Metropolitan Police, who has two boys aged one and two with her partner Keith Smith, said she was initially told if she chose to postpone any type of chemotherapy she would die.

'No refunds' over washed out Kaiser Chiefs Bournemouth...