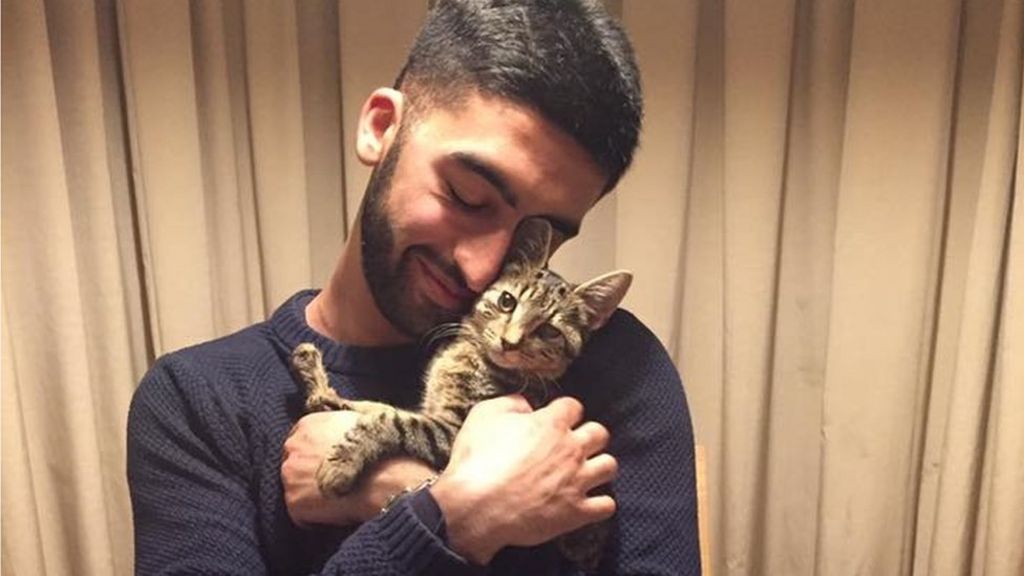 A kitten which was flung from a car in a motorway crash has been reunited with its owner after a public appeal.

Hussein Sharaf’s car overturned on the M4 two weeks ago and five-month-old Bruno was thrown into the road.

The 22-year-old said he had lost hope of finding his pet after an initial search proved fruitless.

But the pair have now been reunited thanks to determined volunteers from social media groups and pet websites.

The tabby was spotted by a member of the public on Wednesday 14 miles from the motorway in Wiltshire.

He was said to be “hungry but OK”.

Mr Sharaf’s car crashed into the central reservation near Royal Wootton Bassett, launching the cat carrier into the middle lane of the motorway.

A policeman told the software developer he had seen the animal “flee in fear”.

After his release from hospital, Mr Sharaf was joined by members of ‘lost and found’ websites and Facebook groups in the search for the missing cat.

But he said it was “like searching for a needle in a haystack” and he reluctantly returned to his home in London.

However, volunteers continued the search and put up posters until Bruno was spotted 12 days later.

“It just goes to show that there are such amazing people in this world,” said Mr Sharaf.

“Not just the person who found Bruno but all the lovely volunteers who went out looking for him.”

Call for review of hoax call system after...

Speeding fines to rise for most serious cases...