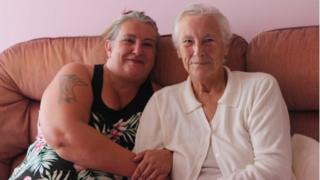 Care workers asked a client to fake their visits because they were under so much pressure, it is claimed.

Pam Wheeler, 76, who had had cancer surgery, said her carers persuaded her to make a phone call confirming they had visited when they had not.

The care provider Penhellis Community Care said an investigation was under way with Cornwall Council and it could not comment further.

The council said an alternative provider was being sought.

Mrs Wheeler said she was supposed to be seen four times a day, but visits were inconsistent.

Woman 'given months to live in error'