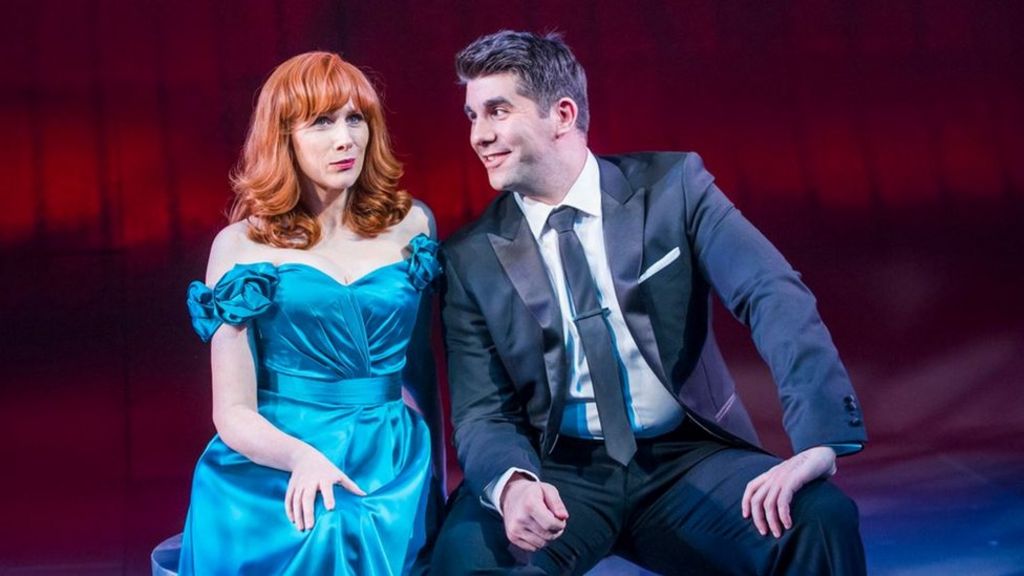 A new musical starring Catherine Tate has opened in the West End – but reviewers have said it is more of a damp squib than an explosive success.

Miss Atomic Bomb, at the St James Theatre, is set in 1952 when nuclear bombs were being tested near Las Vegas, making the area a tourist attraction.

Mark Shenton, in The Stage, said it is “a bomb in almost every way”, awarding it just one star.

He awarded the show two stars, saying there are “too many story strands”, but notes that the cast “toil and labour and travail”.

Shenton said “the satire is lame, the songs desperately derivative”, adding: “Though it has been in development for some five years, what has fetched up at the St James still feels like a very early draft.”

Despite its original story and score, “its chaotic and formless comic structure lacks purpose, polish and point”, and Tate’s “impossible accent that veers from Southern drawl to Australia”, he wrote.

Tate stars alongside Simon Lipkin, with whom she appeared in Stephen Sondheim’s Assassins at the Menier Chocolate Factory.

He plays hotel manager Lou, who is looking to cash in on the tourist boom as the city waits to see who will be crowned the beauty queen in the Miss Atomic Bomb pageant, based on contests that took part at the time.

“The songs have no zing or provenance and sound as though they’ve been made on a computer, or compiled on a ‘how to write a song’ study course; there’s not a single moment of lift-off, melodic surprise or harmonic twist from start to finish,” he writes.

“Aha – maybe that’s a result of the radiation emanating from the Nevada desert.”

The musical, co-directed by Bill Deamer and Adam Long, is at the St James Theatre until 9 April.

Turner to star in transgender play