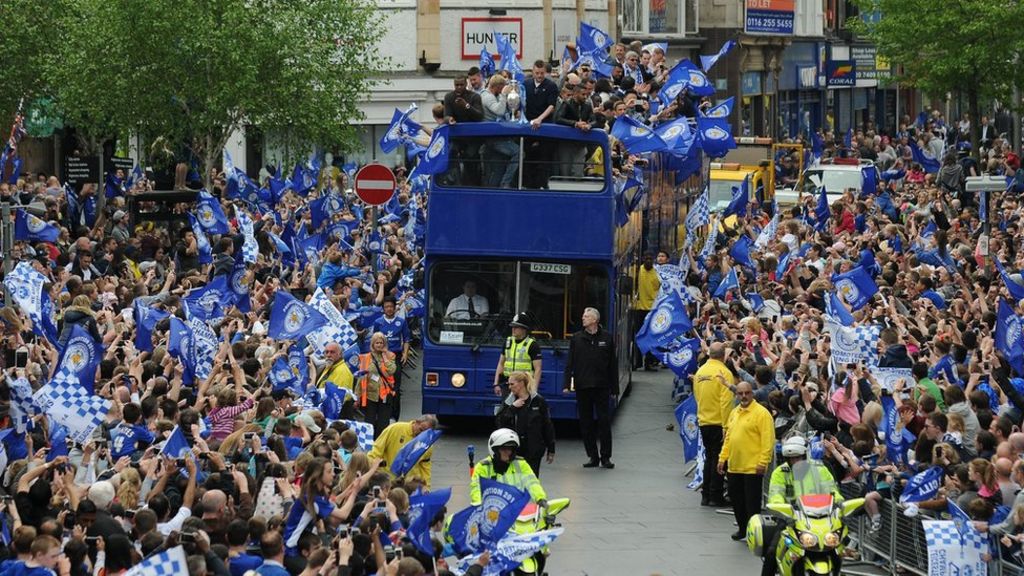 Thousands of people are expected to watch Leicester City parade on an open-top bus in celebration of their Premier League title win.

The victory parade is due to start at Jubilee Square, in the city centre, at about 18:00 BST, before the team take the stage later at Victoria Park.

The Foxes were presented with the trophy after their final home game of the season against Everton on 8 May.

The champions were 5,000-1 to win the title at the start of the season.

The club’s last open-top bus parade was two years ago when Leicester won the Championship title and with it promotion to the Premier League.

In 2014, the squad finished their parade outside the Town Hall but this year it will conclude at the more spacious Victoria Park.

A number of activities will take place on stage, including appearances from the players and the trophy, and the celebrations will finish at about 21:00 BST.

The city council has warned people to expect disruption on Monday and to travel in advance of the parade – a number of roads will also be closed.

Leicester became champions of England for the first time in their 132-year history on 2 May when Tottenham failed to beat Chelsea.