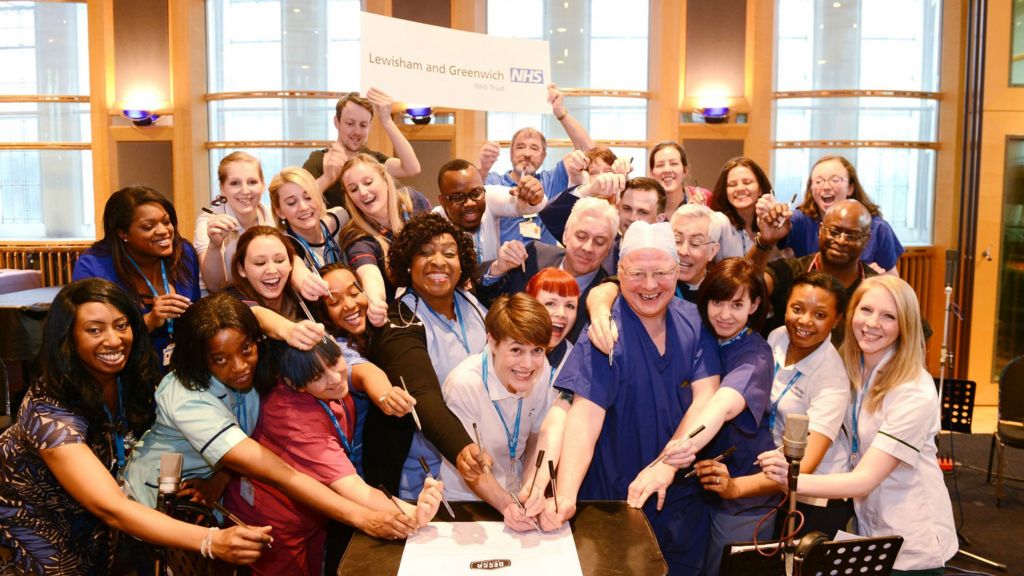 The NHS choir that beat Justin Bieber to the UK’s Christmas number one spot in 2015 has signed a film deal to tell its story.

The Lewisham and Greenwich NHS Choir beat the Canadian singer after he urged his 72 million Twitter followers to buy its charity single, A Bridge Over You.

Producer Julia Verdin, who worked on The Merchant Of Venice starring Al Pacino, has secured the story’s rights.

“The world will now get to see our incredible story,” the children’s physiotherapist said.

“People will see the massive power achieved when everyone comes together.”

Verdin said the choir’s story was “remarkable and uplifting” and had already touched the hearts of millions in the UK.

The movie will feature the individual back stories of the 32 choir members and the work they do, documenting their journey to get their song to the top of the charts.

Last month the choir joined the same record company as Bieber and their debut album, Something Inside So Strong, will be released on 3 June.

Royalties will be paid to the Lewisham and Greenwich NHS Trust and will be used to provide services that “enhance patient experience or staff working lives”.

Rowling to publish writing on US Magic