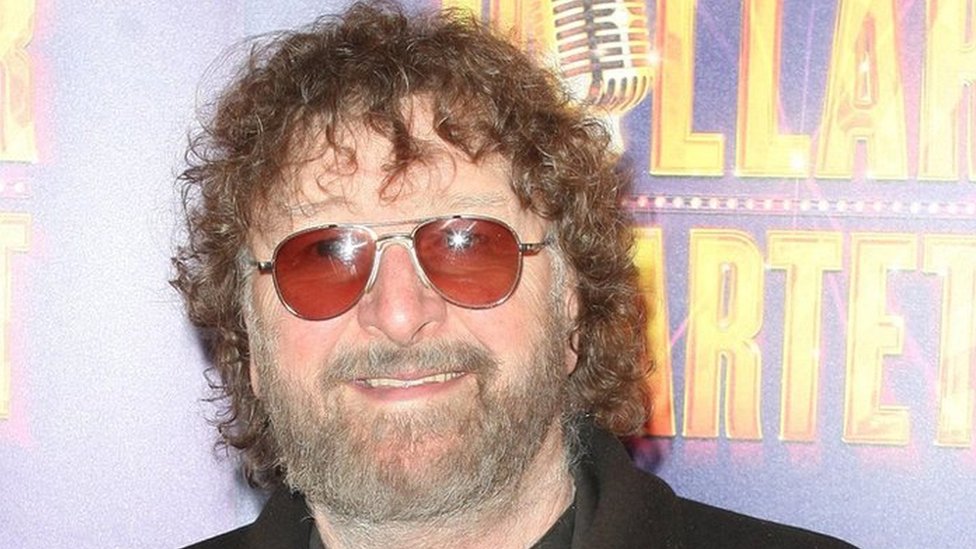 Chas Hodges – lead singer of “rockney” duo Chas & Dave – has been diagnosed with cancer of the oesophagus.

The 73-year-old is starting treatment immediately, meaning a number of the act’s upcoming shows will be cancelled.

A statement on Facebook said the illness had been caught “at an early stage”, so the pair hoped to be “back out on the road” soon.

Chas & Dave enjoyed the height of their fame in the 1970s and 80s with hits including Rabbit and Snooker Loopy.

They also performed two FA Cup final songs with Tottenham Hotspur FC, including Ossie’s Dream in 1981, which reached number five in the charts.

“Luckily this has been spotted at an early stage and he’ll be undergoing treatment immediately.

“Apologies to ticket holders for the inconvenience. The venues themselves will advise regarding rescheduling/refunds.”

Performances at Potters Bar, Norwich and in Milton Keynes on February 17, 18 and 19 will need to be rescheduled, the statement said.

Chas Hodges and Dave Peacock both grew up in north London and have been performing together since the 1970s.

Before forming their act, Peacock had played in a number of bands, backing Jerry Lee Lewis and opening for the Beatles.

Together they became famous in their own right, with a number of top 20 hits.

They have also played Glastonbury and opened for Led Zeppelin at Knebworth in 1979.

They took a brief hiatus in 2009 following the death of Peacock’s wife of 36 years, Sue, from lung cancer.

DAVID GRAY – ALL MY LAST THINGS & AN ECLIPSE