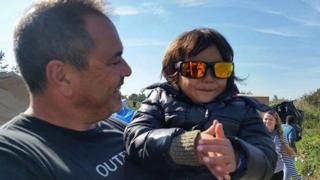 A former soldier said he wants the authorities in France to deal with him leniently after he was caught trying to smuggle an Afghan child into the UK.

Rob Lawrie, 49, from Leeds, said he would admit trying to get Bahar Ahmadi – known as Bru – into the UK when he appears in court in …read more