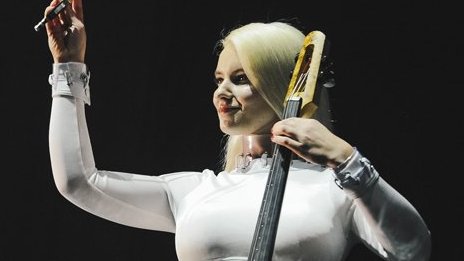 Pop group Clean Bandit look like they will claim the Christmas number one on Friday, early figures suggest.

Their single Rockabye is 4,000 copies ahead of its nearest rival, despite having been number one for the last six weeks, says the Official Chart Company.

Rag N Bone Man’s Human is at number two, while Little Mix have seen a huge sales increase for their single Touch, which jumps from 23 to three.

But a tribute single to murdered MP Jo Cox looks like it will miss the top 40.

The song, a cover of the Rolling Stones’ You Can’t Always Get What You Want, which features David Gray, KT Kunstall and a cross-party group of MPs, languishes at number 59 in the midweek chart update.

A charity single by the London Hospices Choir fares better, entering the chart at 33.

The choir is made up of 300 patients and staff from 18 different hospices. They have joined forces with Mike and the Mechanics’ frontman Paul Carrack to record a new version of their single The Living Years, which is a young man’s message to his deceased father.

Fans have sent it back into the chart in tribute to drummer Craig Gill, who died earlier this year.

Despite their good intentions, the various charity and tribute singles are faring badly on streaming services, which means they are unlikely to challenge the likes of Clean Bandit, Rag N Bone Man and Little Mix for the coveted Christmas number one slot.

If any of those three top the chart, it will be the first time since 2003 that the festive chart has been topped by someone other than an X Factor winner, charity record or “stunt” single.

That year, Gary Jules and Michael Andrew emerged victorious with their cover of Tears For Fears’ Mad World, originally from the cult film Donnie Darko.

The official Christmas chart will be revealed live on Greg James’ BBC Radio 1 show this Friday, 23 December, from 16:00 GMT.