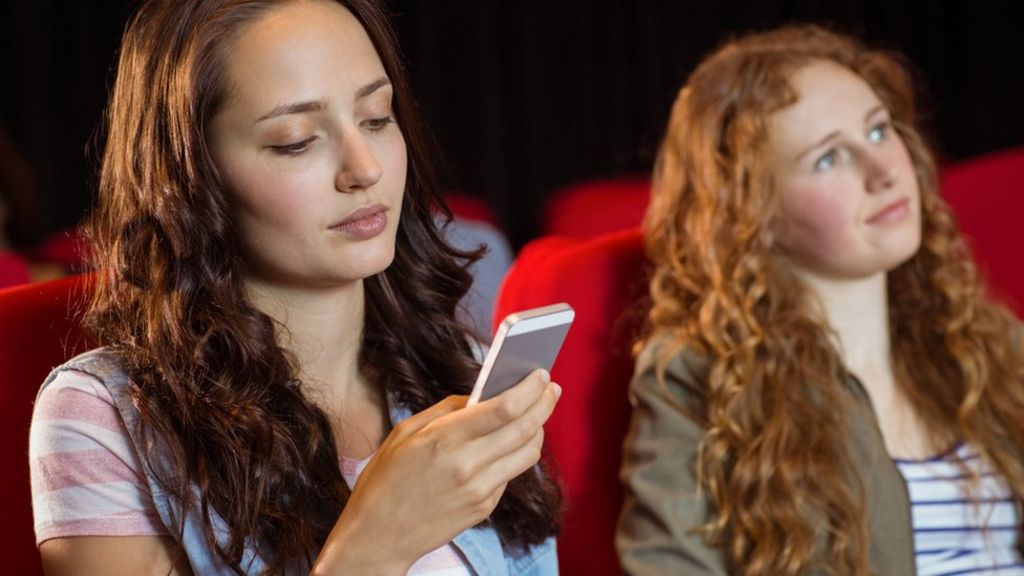 US cinema chain AMC has reversed a controversial plan to let customers use their mobile phones during films in some venues.

But the plan was badly received on social media, where cinema-goers bombarded AMC with messages.

“We have heard loud and clear that this is a concept our audience does not want,” the company said in a statement.

AMC operates almost 400 cinemas in the United States, with more than 5,000 screens. The chain also has a UK multi-screen complex in Manchester.

While many cinemas display messages before films asking people to switch off their mobile devices, Mr Aron had suggested that allowing mobile phone use during a film might appeal to young adults.

“When you tell a 22-year-old to turn off the phone, don’t ruin the movie, they hear please cut off your left arm above the elbow,” he had explained in an interview with Variety magazine.

But the cinema chain has now admitted the idea had not gone down well with audiences.

“In this age of social media, we get feedback from you almost instantaneously,” it said in a statement.

“This is an idea we have relegated to the cutting room floor… there will be no texting allowed in any of the auditoriums at AMC Theatres.”

“Thank you so much. I love you guys for this,” added Shavonne.

Others remained critical of AMC.

“The idea shouldn’t have been floated publicly in the first place, though. It was a horrible idea from the beginning,” tweeted Geoff.