City of Angels returns to London

Two decades after its London premiere, City of Angels has returned to the stage at London’s Donmar Warehouse.

Director Josie Rourke told the BBC it took on modern issues about self-identity and integrity.

“In the universe of the Sony hack, we are left questioning how deeply we believe in what we do and how honest we are with ourselves,” she said.

Rourke said she was obsessed with femmes fatales and film noirs as a child, which made the 1940s-set City of Angels the perfect choice for her first musical.

“There’s that wonderful thing when women came bouncing out of the post-war period with huge confidence, awareness of their sexuality and knew absolutely who they were.

“It’s a great celebration of all the movies I love – His Girl Friday, Double Indemnity, The Lady From Shanghai – those classic noirs are in there.” 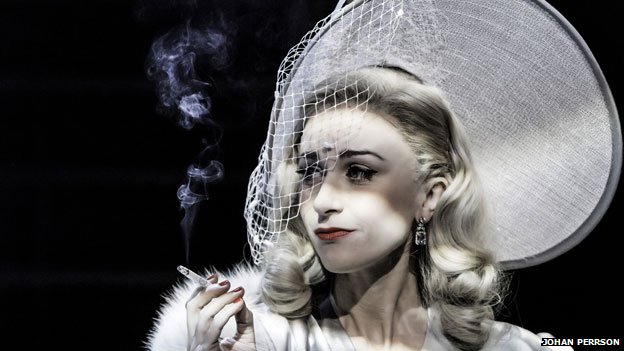 City of Angels, which opened on Tuesday night, is the story of novelist Stine (Hadley Fraser) who has come to Hollywood to write a screenplay, lured by money and seeing his name on the silver screen.

Aside from the parts of Stone and Stine, everyone in the cast plays dual roles that comment on and reflect each other.

This musical comedy, which premiered in 1989 on Broadway, first came …read more

Stars turn out for Bowie tribute