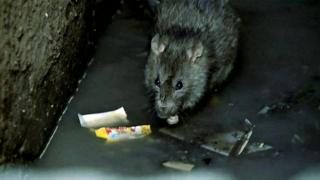 Liverpool rat reports ‘up by a third since 2014’

Reported rat sightings in Liverpool have increased by a third in the last two years, the city council said.

“It is a problem we have to try and manage,” he told the BBC’s Inside Out North West programme.

Jail 'rethink' over mothers with babies