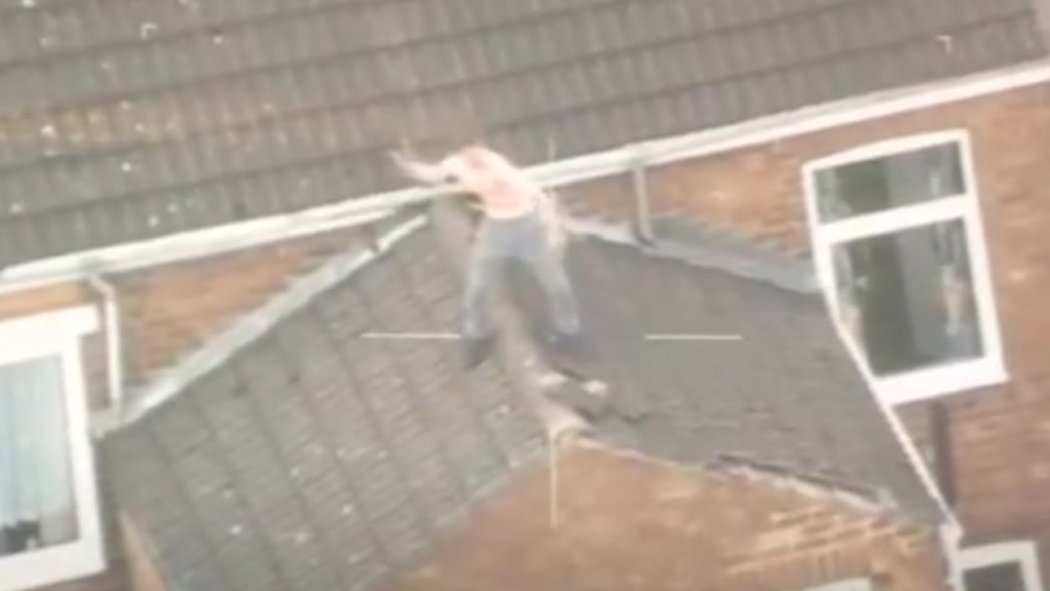 Video of a man hurling tiles from a roof in a stand-off with police has been released after he was handed a 13-year jail term for a violent attack.

Clint Clay, 24, assaulted Jason Potts with a machete and a hammer before taking to the roof of a house in Scunthorpe on 6 July, police said.

He was found guilty after a trial and sentenced at Grimsby Crown Court.

Humberside Police described him as a “prolific violent offender” who had caused nearly £5,000 worth of damage in the three-and-a-half hour rooftop siege on Alexandra Road.

Mr Potts was “lucky” to be alive after being attacked by Clay last June, the force said.

Supt Dave Hall said: “Clay’s violent offending and his antisocial behaviour had a huge impact on the community he lived in and this sentence should serve as a warning to others that this kind of behaviour will not be tolerated.

“It also highlights how seriously those who choose to take to rooftops will be dealt with.

“This kind of offending not only affects those in the immediate area, but by tying up our officers and other emergency services, it also impacts on all the communities we serve and will not be treated lightly.”

He was also ordered to pay a victim surcharge of £170.

Blaze sends 'ball of flames' into sky over...