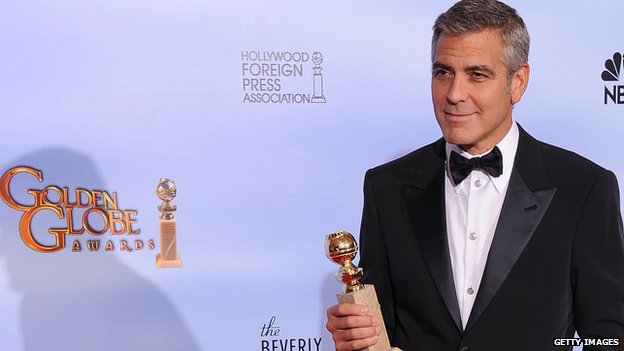 US actor, director and producer George Clooney is to receive an honorary award at next year’s Golden Globes.

Organisers said the 53-year-old would be given its Cecil B DeMille award for “his outstanding contributions both in front of and behind the camera”.

Clooney was being recognised “as much for his global humanitarian efforts as he is for his accomplishments in the entertainment industry,” the Hollywood Foreign Press Association (HFPA) said.

Recent recipients of the DeMille award, named after the famed producer of The Ten Commandments, include Martin Scorsese, Steven Spielberg and the late Robin Williams.

Woody Allen was honoured at this year’s event, though the actor and director did not travel to Los Angeles to collect his accolade.

Clooney is no stranger to the Golden Globes, having been previously honoured by the HFPA for his performances in The Descendants, O Brother Where Art Thou and Syriana.

The former ER star and Hollywood heartthrob is expected to tie the knot shortly with human rights lawyer Amal Alamuddin.

This entry passed through the Full-Text RSS service – if this is your content and you’re reading it on someone else’s site, please read the FAQ at fivefilters.org/content-only/faq.php#publishers.
Scottish readers: Undecided about the referendum? Please read Scottish Independence, Power And Propaganda.