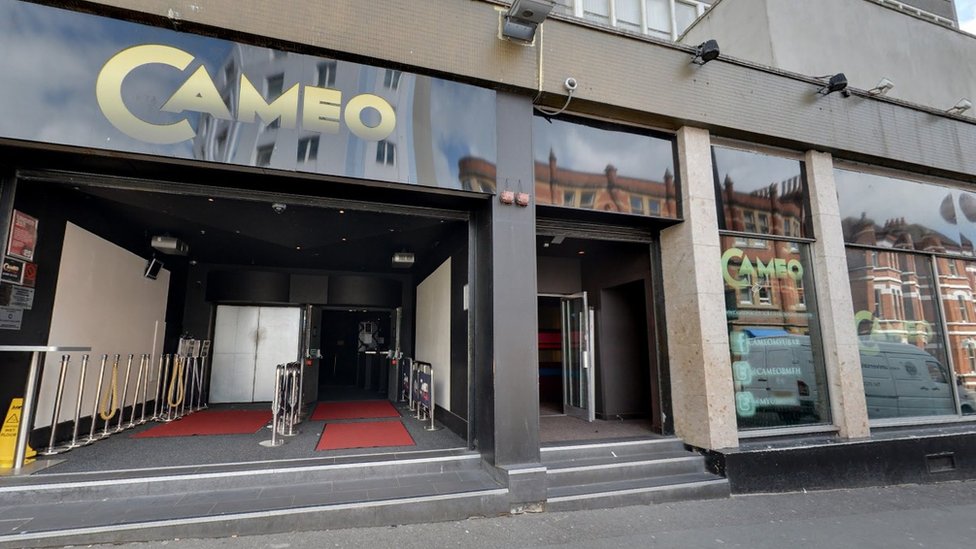 Cameo’s website states it caters for parties, but refused the 11 men entry for being in a large group

A nightclub has been accused of racism after refusing to let a pre-booked group of black men through the door.

The 11 men from London had paid £750 upfront to celebrate a reunion in Cameo nightclub, Bournemouth and had liaised with the club beforehand.

On arrival the men, who claim they were not drunk or rowdy, were refused entry and at the time were refused a refund.

Cameo said it “categorically refuted” the allegations and that it had now “fully refunded the group”.

The club spokeswoman refused to give a reason why the group was denied entry.

She said: “We reserve the right to refuse entry for various reasons, but race is never one of them.”

The childhood friends, aged in their late 20s, arrived at the club at about 23:30 GMT on Saturday for their annual reunion, which takes place in a different location each year.

They had with them emailed confirmation from the club of the party booking, with acknowledgement of the size of the party, and had all adhered to the smart dress code.

Personal trainer Leonard Lionel said “the 93-mile drive, full of excitement and plans to have a great evening” were ruined by the entry refusal.

The doormen told them they were not letting in large groups.

However, one of the men filmed a large group of white men being let in 10 minutes later.

Cameo’s website said it caters for stag and hen do’s with booths for 25 people available for hire.