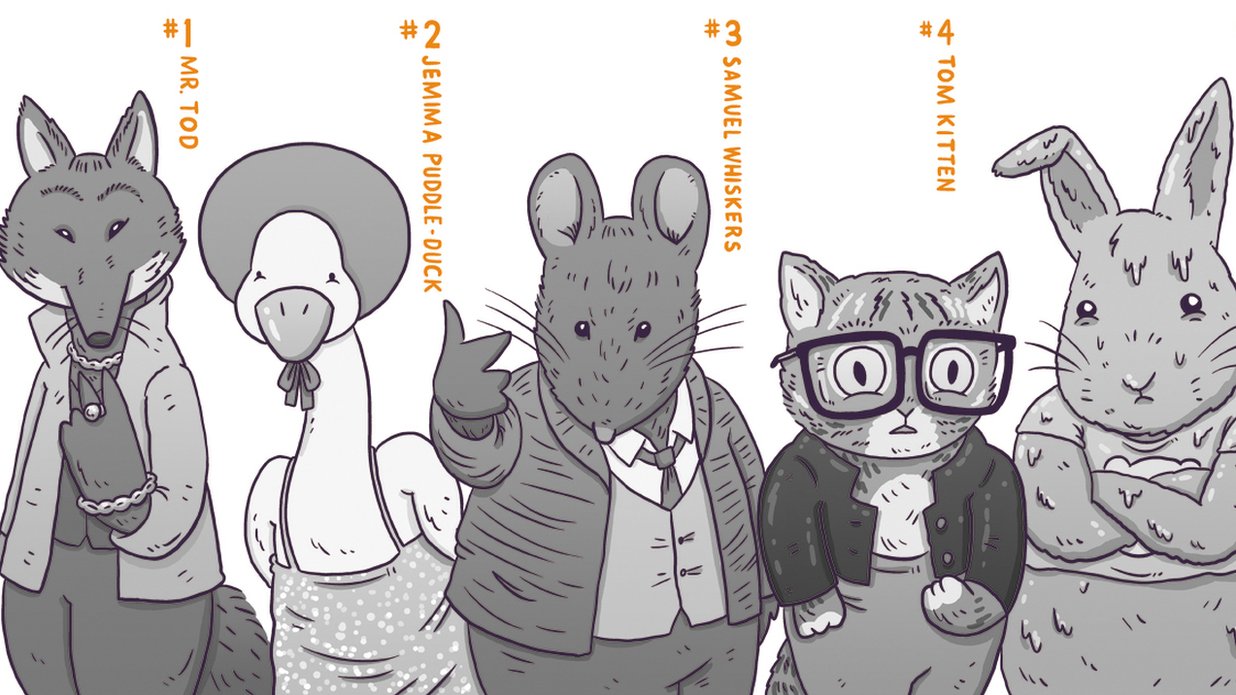 Comic artists including Luke McGarry, who created the Trainspotting film poster, have reimagined Beatrix Potter’s characters to mark the 150th anniversary of her birth.

The artists are supporting a student art competition being held in Cumbria.

Fegredo has depicted Peter Rabbit as a spaceman, standing in a secret launch pad hidden in the Lake District.

“My aim was to retain the innocence and appeal of Potter’s Peter Rabbit, setting him against a dramatic landscape and secret launching pad inspired by The Lakes,” Fegredo said.

The artists have contributed their works to the Lakes International Comic Art Festival in support of the Beatrix Potter Reimagined student art competition.

The contest encouraged students to give Beatrix Potter a modern or unusual twist and create new work in a comic style.

Writer and illustrator Hannah Berry has created a traditional comic strip which depicts Peter Rabbit story as a criminal who steals vegetables.

“The creativity, skill and humour of the student artwork is just astonishing and to top it all we now have contributions from some of the most talented comic artists on the planet,” she said.

“Our festival is not only a celebration of the best of comic art, it’s also about encouraging the next generation of artists to explore their creative talents.”

Students Ian Morris and Ian Fulcher have submitted their own works to the competition – which will see prizes given to the top three entries.