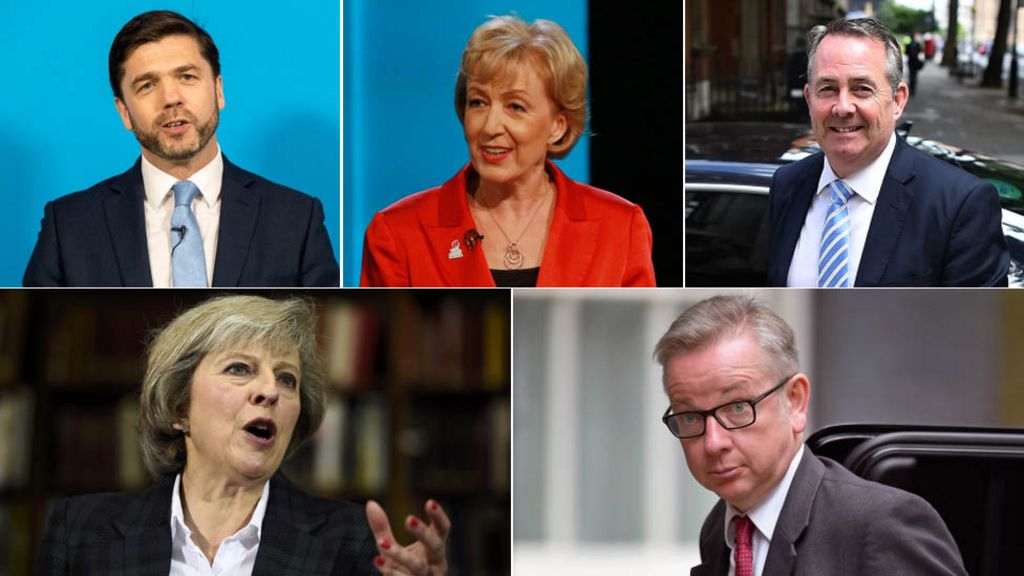 Conservative MPs will begin the process of choosing their next leader and UK prime minister, when the first round of voting gets under way later.

Theresa May goes in to the ballot with a lead among Tory MPs.

Party members will choose from the two backed by most Tory MPs, with the winner due to be named on 9 September.

The Conservative Party’s 330 MPs will vote in the first round of the election between 11:00 BST and 18:00 BST, with the results expected at about 19:00 BST, when the poorest performing candidate will be eliminated.

Further rounds will take place on Thursday and the following Tuesday until two candidates remain.

On Monday the candidates were given the chance to make their cases to be the next Conservative leader during a parliamentary hustings.

During the meeting, Mrs May is understood to have repeated her view that the status of EU nationals currently in Britain would form part of negotiations ahead of Britain’s withdrawal from the EU.

Mrs May’s rivals, Mr Gove and Mrs Leadsom, have said EU citizens should have their right to stay in the UK protected.

After the meeting, one Tory MP opposed to Mrs Leadsom’s bid to become leader described an attempt to distance herself from UKIP support as a “car crash”.

But Boris Johnson insisted she had drive and described her as “kind and trustworthy” as he backed her campaign.

The contest has been sparked by Mr Cameron’s decision to step down as prime minster after the UK voted by 52% to 48% to leave the EU, in the June referendum.

The PM, who had campaigned strongly for a Remain victory, said “fresh leadership” was required as …read more