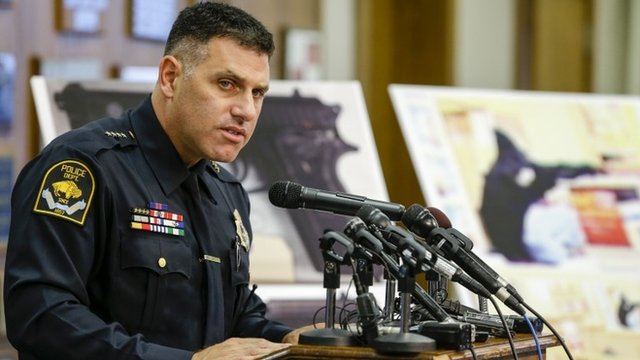 A crew member on a US police reality TV show has been shot and killed after Nebraska police opened fire on a robbery suspect.

Bryce Dion, 38, was wearing a bulletproof vest but the bullet that hit him “slipped into a gap” in the arm and entered his chest, police said.

Dion was a sound operator on Cops for seven years, the show’s producer said.

Police also killed the robbery suspect, Cortez Washington, who was on parole from prison.

“This is very hard for us,” Morgan Langley, who hired Dion, said at a press conference on Wednesday.