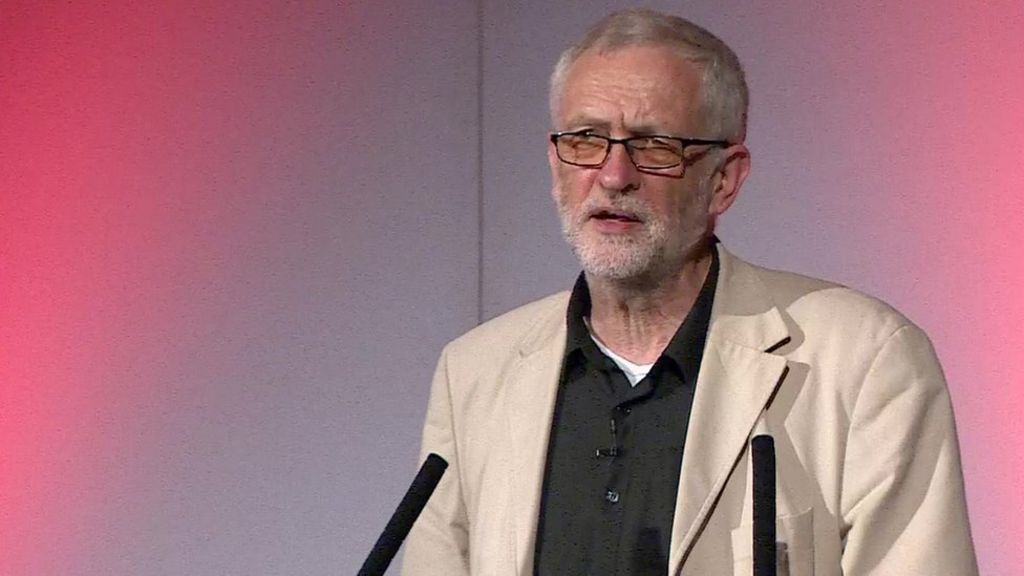 Labour will seek to distribute the rewards of growth more fairly, Jeremy Corbyn has said, as he set out his party’s “new economics” vision.

Addressing activists, he called for a “mixed economy of public and social enterprise… a private sector with a long-term private business commitment”.

He said a Labour government would break from the “failed economic orthodoxy”.

At a conference on the economy in London, Mr Corbyn set out his desire to reform capitalism and said his party needed to “deliver the new economy that this country needs”.

“An economy that starts by tackling the grotesque levels of inequality within our society,” went on Mr Corbyn.

“An economy that ensures every young person has the opportunities to maximise their talent and that produces the high-skilled, high-value, secure jobs they need.

In his speech, Mr McDonnell said Labour would not win the next general election unless it showed that it was a responsible custodian of public money.

“We can reject the dreadful choice of austerity and maintain solid government finances,” he said.

He highlighted reviews Labour had set up into the workings of the Treasury, HM Revenue & Customs and the remit of the Bank of England’s monetary policy committee.

BBC News political correspondent Chris Mason said the shadow chancellor was seeking to take on critics that have suggested the party is only ever capable of grumbling about the government, rather than setting out an alternative.

But he said, coming four years before the next general election, the speech was big on vision, but short on detail.

'New Stonehenge' at Durrington Walls 'had no standing...

No compensation for nine in 10 Southern passengers