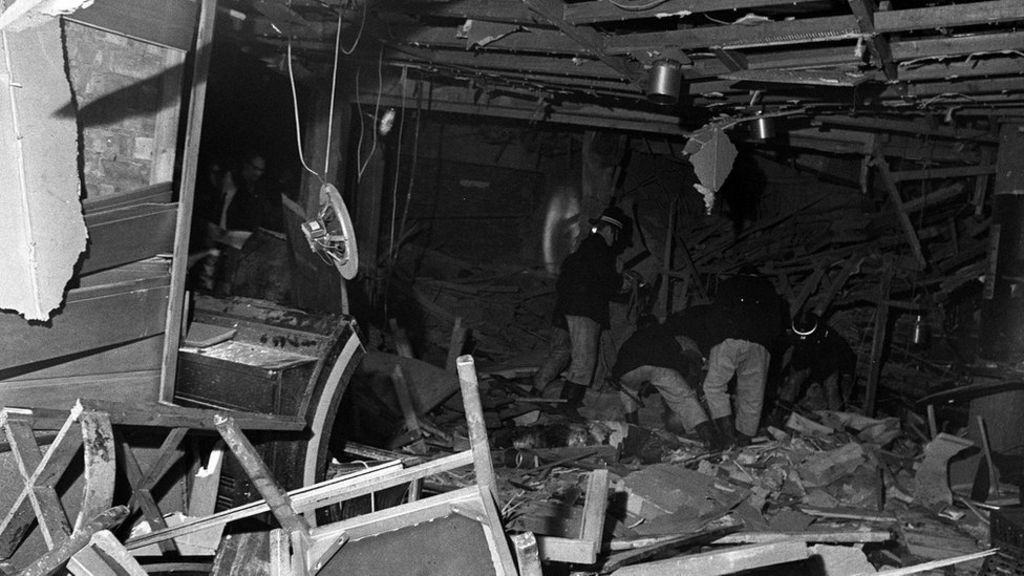 A coroner is due to rule on whether the inquest into the deaths of 21 people in the Birmingham pub bombings will resume.

Hearings, opened days after the 1974 attacks, were not continued after the jailing of six men, whose convictions were later quashed.

After the men’s release in 1991 the families of those who died began a campaign to get the inquests heard.

Coroner Louise Hunt, is expected to deliver her decision later.

A total of 182 people were also injured in the bombings, on 21 November 1974 – then the worst terrorist atrocity on English soil.

At 20:17 GMT, a device exploded in a duffel bag in the Mulberry Bush pub in the Rotunda, in the city centre, killing 10 people.

Ten minutes later, a second bomb went off in the Tavern in the Town, leaving 11 more dead.

The IRA was believed to have carried out the bombings, although responsibility has never been claimed.

West Midlands Police said the investigation is still open but there has not been enough evidence for a prosecution.

Pub bombers ‘will not be jailed’

Ms Hunt, the Birmingham and Solihull coroner, has reviewed a huge body of police evidence and heard submissions from the victims’ relatives and other interested parties in February.

She is expected to deliver her decision at Solihull Council house, during a hearing that is due to start at 10:00 BST.

Julie Hambleton, whose 18-year-old sister Maxine died in the attacks, said she was “cautiously optimistic” about the inquests resuming.

Arrest after incident in Whitehall