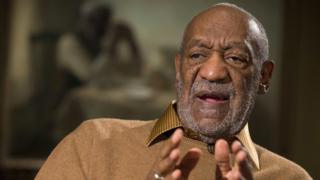 Model Beverly Johnson has become the eighth woman to be sued by comedian Bill Cosby this month.

Johnson is one of more than 50 women who have accused the 78-year-old of drugging and, in some cases, sexually assaulting them.

Earlier this month, Cosby took legal action against seven other women, saying several of them lied about him for financial gain.

He has always denied the accusations and has never been criminally charged.