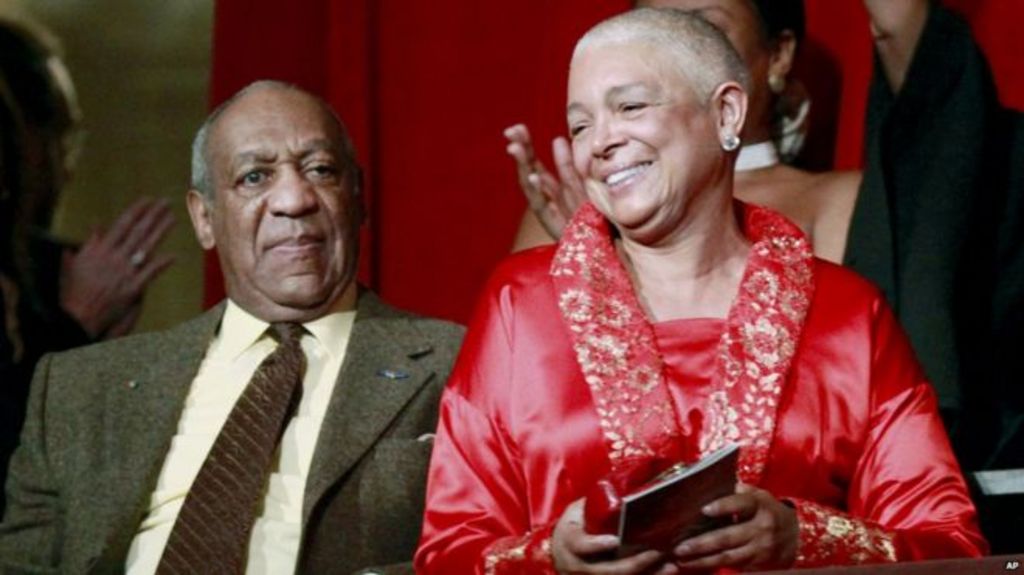 Camille Cosby, 72, underwent more than five hours of questioning on her second and final day before lawyers in Boston.

“We accomplished what we needed to accomplish,” said Joseph Cammarata, a lawyer for the women.

The women claim Mr Cosby portrayed them as liars after they made their allegations public.

They are among about 50 women who say Mr Cosby, 78, forced them into unwanted sexual contact with him. The comedian denies all the allegations.

Mrs Cosby’s lawyers said in a statement their client had “no relevant non-privileged information”, adding they were “thankful for this distraction to now be over”.

This followed an earlier attempt to halt the proceedings after a first day of evidence in February.

Her representatives claimed she had been subjected to “outrageous questions” about her personal life “designed to annoy, embarrass and oppress the witness”.

Without giving detail, the questions were about her sexual relationship with her husband and her thoughts on his level of honesty and trustworthiness.

However, he included a clause saying lawyers for both parties were obliged to behave properly. He also said Mr Cammarata was not allowed to ask Mrs Cosby “improper questions” about the intimate communications between her and her husband.

Most of the alleged crimes committed by Mr Cosby go back decades and are considered too old to be criminally prosecuted.

But in one case, filed in 2014, Mr Cosby was charged with sexual assault from an incident in 2005.

The comedian, who is currently out on bail, has repeatedly denied wrongdoing in all the cases brought against him and has himself countersued the seven women in the defamation in case. In December he won his case against one of his accusers.

Mr Cosby is best known for his role as the father in the television hit The Cosby Show which ran from 1984 to 1992 and was a huge hit in the US and around the globe. It made the comedian one of America’s best-loved entertainers.