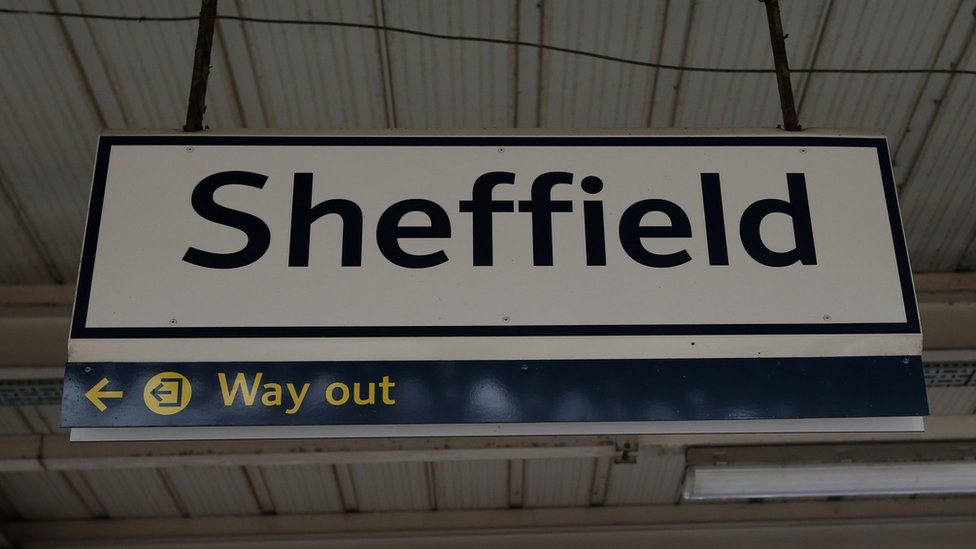 Sheffield’s HS2 station will be built in the city centre rather than at Meadowhall, according to council leader Julie Dore.

The switch would save the government £768m, while the council say it could create up to 6,500 more jobs.

The announcement comes as a report said the HS2 project faced cost pressures.

David Higgins, of HS2 Ltd, said a revised route through South Yorkshire would be announced next week but would not comment on specific changes.

Live updates on this story and others in South Yorkshire

Ms Dore described the decision as “fantastic news for Sheffield”.

“We are delighted the Government has concluded that a city centre station location is the best option,” she said.

“We have been making this case for years because analysis shows it will create thousands more jobs than the Meadowhall option.”

The council has campaigned for an HS2 station in the city centre ever since Meadowhall was chosen in 2013, calling for it to be built on the site of the city’s old Victoria station.

It is understood the switch could see HS2 trains arriving and departing from Sheffield Midland Station, in Sheaf Street, via a spur line linked to the main HS2 line between Birmingham and Leeds.

Mr Higgens, the non-executive chair of HS2 Ltd, told the BBC’s Today programme he had spent Monday with council leaders in South Yorkshire and details of a revised route through the region would be announced next week.

He described it as “a solution that’s better for the communities to be served by the railway and will deliver savings”.

Sim Harris, Managing Editor of the Rail News, said the switch would involve significant work to existing infrastructure, including building two new platforms, but diverting in to the city was unlikely to effect the overall service saying “speed would not really be an issue”.

“I know Meadowhall is linked by ordinary trains to Sheffield fairly frequently and is on the tram network but running trains in to city centre stations is always going to be better for general usage and convenience, he said.

First coal-free day in the UK since Industrial...