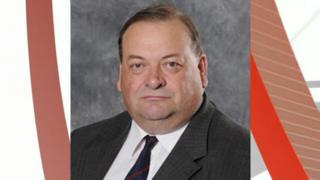 From the section Hereford & Worcester

Adrian Hardman was arrested near his home in Bredon, Worcestershire

The leader of Worcestershire County Council has been charged with drink-driving.

Adrian Hardman was arrested after allegedly failing a breath test in Tewkesbury on 22 December.

Mr Hardman, who was appointed leader of the council in 2010, is due to appear at Cheltenham Magistrates’ Court on 18 January.

He has confirmed the charge but told the BBC he will be making no further comment at this time.

Gloucestershire Police said: “A 59-year-old man from Bredon was charged with drink driving after he was arrested on Bredon Road, Tewkesbury at around 20:00 GMT on Tuesday 22 December.”

Sinn Féin close the gap on DUP in...