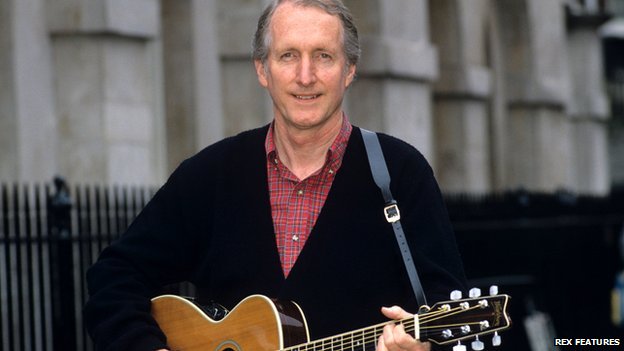 US country music star George Hamilton IV has died in Nashville, Tennessee at the age of 77.

The singer and guitarist, who began performing as a teenager in the 1950s, had suffered a major heart attack at the weekend.

After an early foray into pop, Hamilton became a country stalwart, scoring 40 hits in the 1960s and 70s.

He was inducted into Nashville’s Grand Old Opry in 1960 and continued to work until shortly before he was taken ill.

In the later phase of his career, Hamilton, who was born in North Carolina, concentrated on gospel music and making recordings of inspiration recitations, a type of spiritual song.

He also became a regular guest singer with evangelist Billy Graham on his many rallies around the world.

His most recent album, made in 2010, was a gospel-influenced collection featuring a host of guest artists.

At the start of his career in 1956, Hamilton had a top five hit in the US with A Rose and A Baby Ruth, which led to tours with pop idols Buddy Holly and the Everly Brothers.

But he was steered into the world of country music, after being mentored by Chet Atkins.

In the 1970s, he exported the music of Nashville around the world, becoming an international ambassador for the genre.

Hamilton became the first country musician to perform in the the Soviet Union and Czechoslovakia; he made his first visit to the UK in 1967.

He was a regular visitor to Scotland, and in 2004 produced an album of songs called Hamilton’s Other Country.