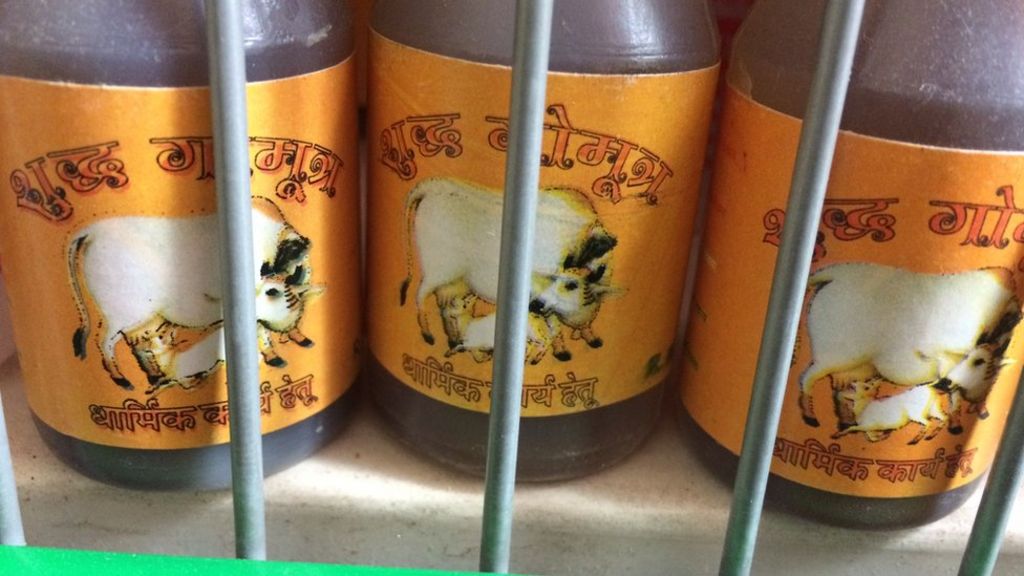 Cow urine is being sold alongside food in convenience stores in London against environmental health advice, the BBC’s Asian Network has found.

The liquid is used by worshippers in some Hindu ceremonies – although it is illegal to sell for human consumption in England.

Known as gau mutra, it was found in several shops which also sold food.

The Chartered Institute of Environmental Health warned against its sale where food was present.

All the bottles found by the BBC had a label in Hindi which said they contained cow urine intended “for religious purposes”.

In one shop urine bottles were displayed under a shelf of naan bread.

One worker in a shop in Greenwich said: “Hindus come in to buy it for religious reasons, if a baby is born it may be used during a religious ceremony in the house for good luck.”

A Hare Krishna temple in Watford, Bhaktivedanta Manor, has a dairy farm which also produces the urine for worshippers.

Managing director Gauri Das said the temple had been selling cow urine since the early seventies.

“There has been a demand from the South Asian background. They use it for puja’s [religious ritual], medicinal purposes or even cleaning in order to purify things,” he said.

“I don’t sell it [the urine] for human consumption.

“It is down to the worshipper to do what they want with it.”

A Foods Standards Agency (FSA) spokesperson said although it is illegal to sell the urine for human consumption, when applied externally it would not be considered food – although it could be subject to other legislation.

The cow: A sacred animalThe cow is regarded as sacred in the Hindu community
Slaughtering the animals is banned within some states in India and many Hindus around the world do not eat beef

“If cow urine is on sale for …read more