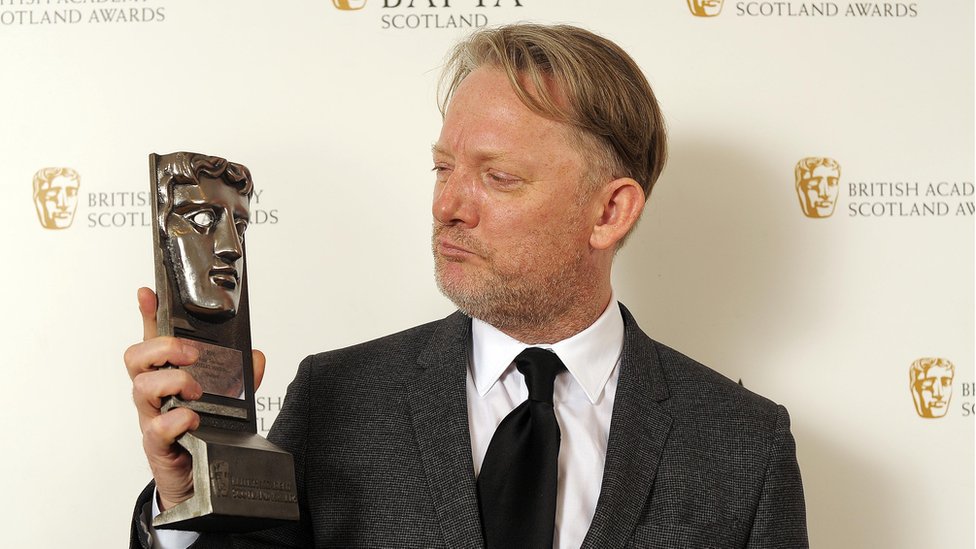 TV crime drama Shetland was one of the big winners at the Scottish Baftas.

Producer Rebecca O’Brien and writer Paul Laverty – filmmakers behind hits like Sweet 16, The Angels’ Share and My Name Is Joe – received an outstanding contribution award.

Edith Bowman hosted the event, held at Glasgow’s Radisson Blu hotel, with James McAvoy and Bill Paterson among the stars handing out awards.

Shetland – an ITV Studios production for BBC Scotland based on the Ann Cleeves novels – was nominated in four categories.

Douglas Henshall won the best TV actor award, beating off strong competition from Outlander star Sam Heughan and Peter Capaldi who was also nominated for his Dr Who performances.

Heughan’s Outlander co-star Caitriona Balfe triumphed over Ashley Jensen and Annie Wallace to win the TV actress prize, delighting the many Outlander fans who had gathered outside the venue.

Peter Mullan received the film actor award for his role in Hector, while Couple In A Hole’s Kate Dickie won this year’s film actress award.

Sitcom Mrs Brown’s Boys won the Comedy/Entertainment category for the second year in a row, beating off competition from Scot Squad and Two Doors Down.

The award for best single TV documentary went to Dunblane, Our Story, an STV production for the BBC.

Martin Compston, who shot to fame after he was picked from obscurity to play the lead role in the Ken Loach film Sweet 16, presented the outstanding achievement to film award to screenwriter Paul Laverty and producer Rebecca O’Brien for their work with Sixteen Films.

“I owe my entire career to Ken, Rebecca and Paul,” Compston said.

“Apart from being possibly the most important film makers Britain has ever had, they’re just three lovely people who have taken a chance on people like myself and they deserve to be honoured in this way.”

Bafta Scotland director Jude MacLaverty said: “This has been another incredible year for Scotland’s film, television and gaming industries and we’re honoured to be celebrating this tremendous mix of talent tonight.

“Once again, we offer our warmest congratulations to all our worthy winners.”