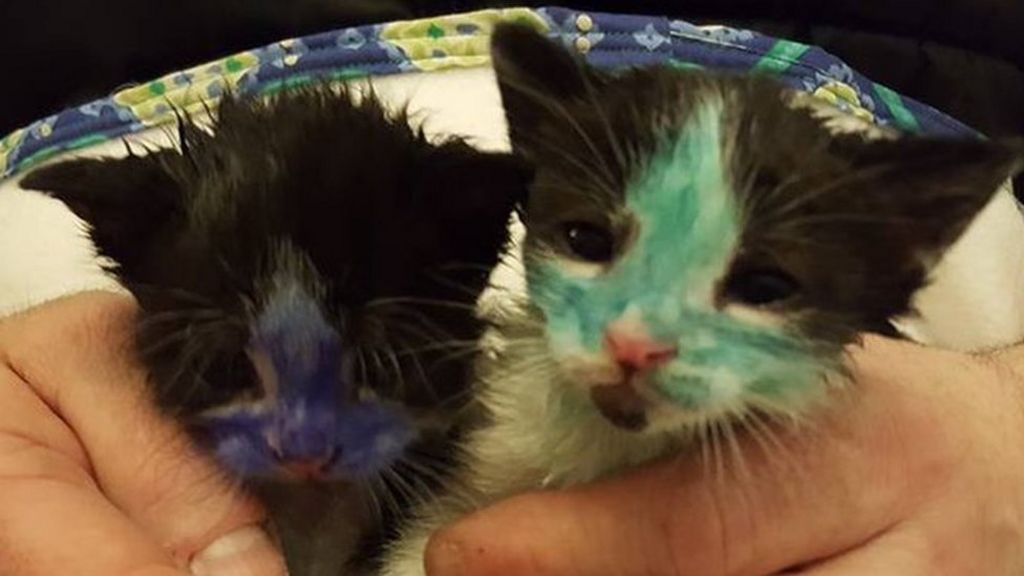 Two kittens were “coloured in” in what an animal charity described as a “dreadful act of cruelty”.

The four-week-old kittens, called Smurf and Shrek, are thought to have been inked by permanent marker pens.

They were brought to Bradford Cat Watch Rescue on Monday after being found by West Yorkshire Police at a property in the city.

The charity said it was bathing the kittens in the hope the ink could be gradually removed.

Children are not thought to have been responsible.

Charity volunteer Katie Jane Lloyd said: “This is a dreadful act of cruelty and who knows what untold damage this may have caused.

“While there is still a lot of ink on them, I have been very lucky to liaise with the veterinary poisons information service, who have offered me much advice to safely and systematically remove it.”

Police had been responding to an animal welfare issue involving another animal at the property when the kittens were found.