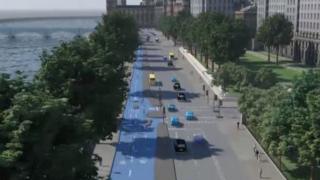 Artist’s impression of cycle superhighway along the Victoria Embankment

Transport for London (TfL) argued the plan was “works of improvement” and did not need planning permission.

Identity fraud up by 57% as thieves target...