Dallas featured some of the original cast, including Linda Gray, the late Larry Hagman and Patrick Duffy

Dallas, the remake of the classic 1980s US TV soap opera, has been cancelled after three seasons by cable and satellite network TNT.

The network said: “TNT has decided not to renew Dallas”, adding it “defied expectations by standing as a worthy continuation of the Ewing saga”.

TNT thanked “everyone involved in the show” and the people of Dallas “for their warm and generous hospitality”.

The series followed the fortunes of Texan oil family the Ewings.

It was shown on TNT in the US and on Channel 5 in the UK.

It began as a mini series in 1978 and went on to become one of the most-watched television shows around the world for 13 years.

The 356 episodes were seen by an estimated 300 million people in 57 countries. 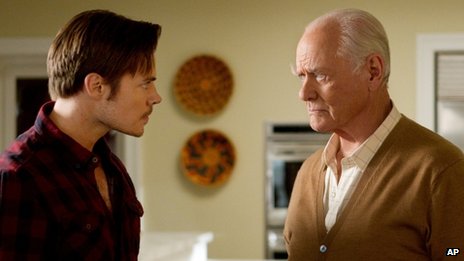 The new version followed the power struggles within two feuding Texan oil and cattle-ranching families, focusing on John Ross and Christopher Ewing as they clashed over the future of the family dynasty.