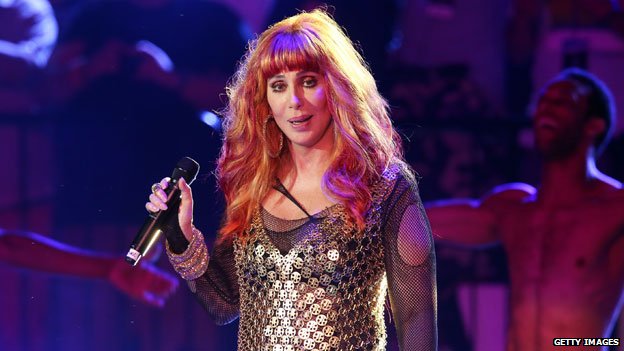 Cher has postponed her tour to recover from a viral infection

A dance choreographer has sued Cher for racial discrimination claiming the singer stopped him hiring any more black dancers.

Kevin Wilson has alleged Cher told him the tour had “too much colour” already.

Mr Wilson and two other dancers have also alleged they were fired for reporting a sexual assault on a female fan by another dancer.

“The accusations are ridiculous,” Cher’s publicist said. “They couldn’t be further from the truth.”

Their lawyer, Perry C Wander, said: “The allegations are made by long term employees who have been on tour with Cher for over a decade.”

He told TMZ: “Cher, while reviewing audition tapes, stated that the tour had too much colour and the choreographer was prohibited from casting any dark-skinned or African Americans even if they were better qualified than other counterparts.”

Cher’s long-running North American D2K (Dressed to Kill) is ranked one of the top 10-grossing tours of 2014 by Pollstar.

She is currently recovering from a viral infection and has had to postpone 10 dates until later later in the year.

Kings of Leon and Little Mix to play...