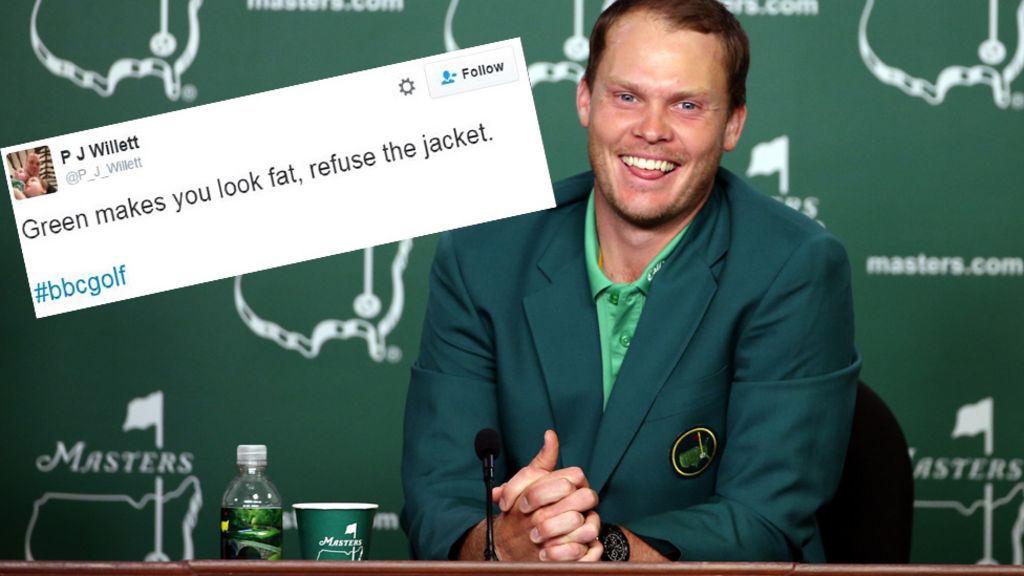 As Danny Willett becomes the first Briton in 20 years to win the Masters, it would be easy to assume he’s now by far the most famous person in his family. His mum’s a mathematician, his dad a vicar and he has three brothers with ordinary jobs.

But his older brother PJ, a teacher in Birmingham, is running Danny close, as his live-tweeting throughout the final round captured international attention. PJ joked, drank and swore through the closing stages with a mixture of fraternal fun-poking and unmistakable – if somewhat bemused – pride.

His Twitter feed – the profile reads “Author. Teacher. Inexperienced Father” – had a modest 1,000 followers on Sunday afternoon. By Monday morning it was more than 14,000 – and still rising.

PJ’s wife Sarah got the comedy ball rolling on Saturday, with her tweet urging her brother-in-law to “think of your nephews”

Having set the tone, here’s how the night itself unfolded in the Willett household.

PJ, who has written a book called Will Proles’ Rise, began by commenting on then-leader Jordan Spieth’s deliberate style of play…

…Before reflecting on past times and future glories:

And offering a few words of brotherly advice:

The protective side of PJ emerges in this tweet – as he warns the current holder Jordan Spieth to “wind his neck in”:

Danny’s on the home straight and PJ, a teacher, is fairly sure his colleagues will understand if he has a sore head in the morning. He’d put a bet on his brother finishing in the top eight.

Maybe the Champagne is taking its toll, as PJ eggs on his younger brother to swear…

Tense times as PJ worries Spieth may be able to rescue the situation… but “slowpoke” Spieth obliged by failing to get those birdies down the stretch:

A pretty good put-down for disruptive – and spitty – pupils:

But made an exception for Chris Evans on Radio 2, where he said he planned to work on a way to stay in the spotlight.

Finally – maybe this is the tweet that best sums up the evening’s emotions: