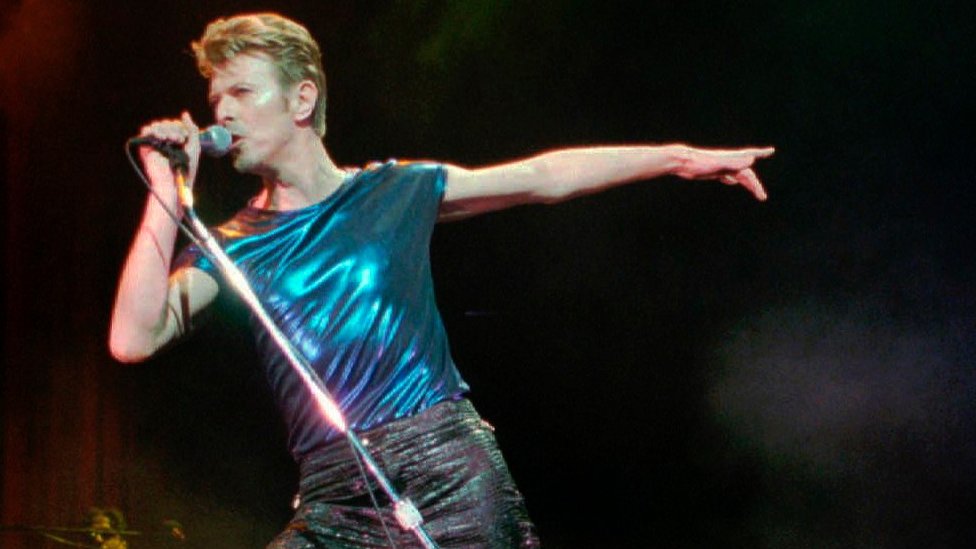 The life and music of David Bowie have been celebrated and mourned at an eclectic edition of the BBC Proms.

The late-night concert featured orchestral reworkings of his music, performed by the likes of Marc Almond, John Cale and Laura Mvula.

“This is not a wake,” singer Amanda Palmer, of the Dresden Dolls, told a sold-out Royal Albert Hall.

“This is an amazing… secular celebration of some of the most incredible music in the world.”

Nonetheless, it was a largely downbeat affair, filleting Bowie’s back catalogue for maximum pathos.

Cale turned Space Oddity into a solemn incantation, while The Villagers’ Conor O’Brien gave a beautifully melancholy reading of The Man Who Sold The World.

Watch the full concert on the BBC iPlayer

Like most multi-artist tributes, though, it was an uneven affair.

Fame and Ashes To Ashes came untethered without a solid backbeat, while a droning version of Always Crashing In The Same Car, by French counter-tenor Philippe Jaroussky, simply didn’t work.

But things always took a turn for the better when Anna Calvi took to the stage. Her duet with Palmer on Blackstar, one of Bowie’s final songs, was darkly devastating, while a visceral Lady Grinning Soul sent chills through the auditorium.

The British singer told the BBC she had grasped the opportunity to reinterpret Bowie’s songs with the Stargaze ensemble.

“The songs are so good that you can do anything with them and they still retain a magic quality.”

Palmer, wearing a crown of thorns, also gave a gutsy reading of Heroes, while Marc Almond delivered the two biggest crowd-pleasers of the night: Life On Mars and Starman.

Speaking before the latter, he recalled watching Bowie perform the song on Top Of The Pops in 1972, his arm draped around guitarist Mick Ronson.

Finding Dory holds off Tarzan and BFG at...