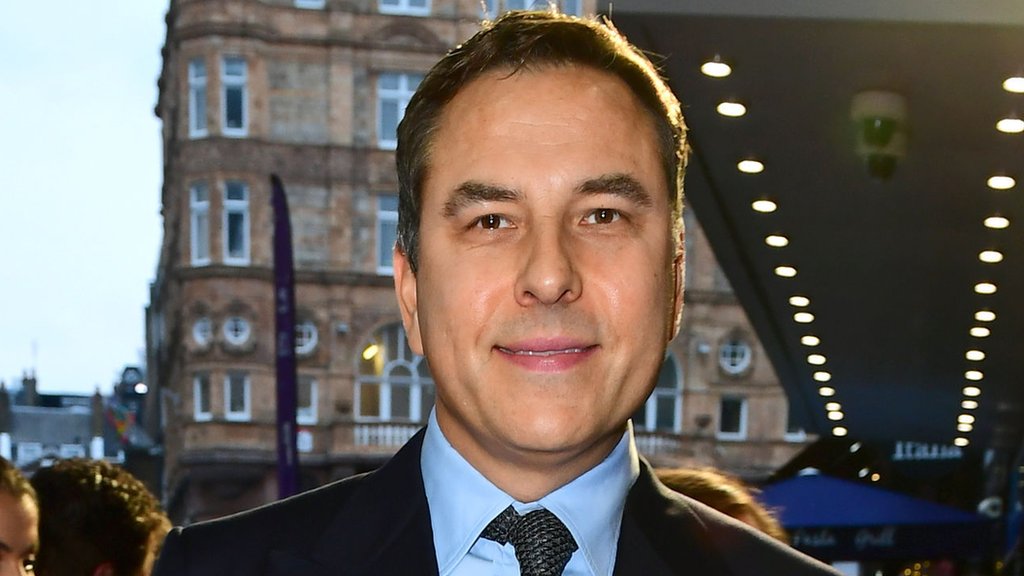 David Walliams has said writing children’s books is “definitely the thing that gives me most pleasure”.

The comedian made his name alongside Matt Lucas in the BBC sketch show Little Britain and is a judge on Britain’s Got Talent.

But he has achieved phenomenal success with his nine novels, including The Boy in the Dress and Gangsta Granny.

“I should really give up comedy and just concentrate on children’s books because it is so rewarding,” he said.

Walliams’s books have sold more than 14 million copies around the world and been translated into almost 50 languages.

Nonetheless, he admitted he felt under pressure venturing into the world of literature.

“It’s actually rather a big responsibility that children are picking up your books,” he told the BBC.

“They have got to be good. And then you’ve got this audience and you think, ‘I’ve got to write more and more’.

“I get tweets the day the new book comes out saying, ‘Yes I’ve read that one, when is the next one?'”

One of his picture books for very young children, The First Hippo on the Moon, is now being adapted for the stage by Les Petits Theatre Company.

It will receive its world premiere at The Royal Hippodrome Theatre in Eastbourne in December before going on a nationwide tour.

It tells the tale of two big hippos with one big dream – to make it into space.

Walliams even makes a guest appearance in the stage production.

“My voice does appear in the show as an on-board computer,” he explained.

The story is being brought to life using puppets, and Walliams has fond memories of his own childhood favourites, Sooty and Sweep, The Muppets and, especially, Basil Brush.

“I’d really like to work with Basil Brush,” he revealed. “I just thought he was so funny. I feel Basil Brush should be back on television.”

Walliams’s best-known comedy partner is Matt Lucas – the pair became friends after meeting at the National Youth Theatre in 1990 and found fame on BBC Three’s Pop Profiles and then Little Britain.

But they have not appeared together since 2011. Walliams said the pair were still in touch and had not fallen out. And he said he was “sure” they would collaborate again “at some stage”.

“There’s always an interesting thing about reunions isn’t there?” he pondered. “Timing it right. If you get it exactly right, like Take That, you become a big thing. But if you do it too soon, it cannot …read more

Refugee is Children's Word of the Year