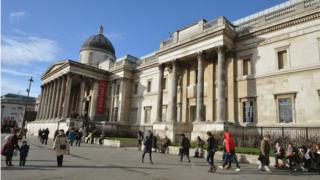 A row over the privatisation of some visitor services at London’s National Gallery has been resolved, the Public and Commercial Services union has said.

Union members had been on strike for more than 100 days in protest against plans to switch visitor services to a private company.

Gallery bosses had said there would be no job cuts as a result of the move.

PCS general secretary Mark Serwotka said the union would now work with the gallery for a “smooth transition”.

The union said it had opposed the privatisation of the gallery’s visitor services, but had been unable to prevent it going ahead.

“We still do not believe privatisation was necessary but we will work with the new company and the gallery to ensure a smooth transition and, importantly, to ensure standards are maintained at this world-renowned institution,” Mr Serwotka said.