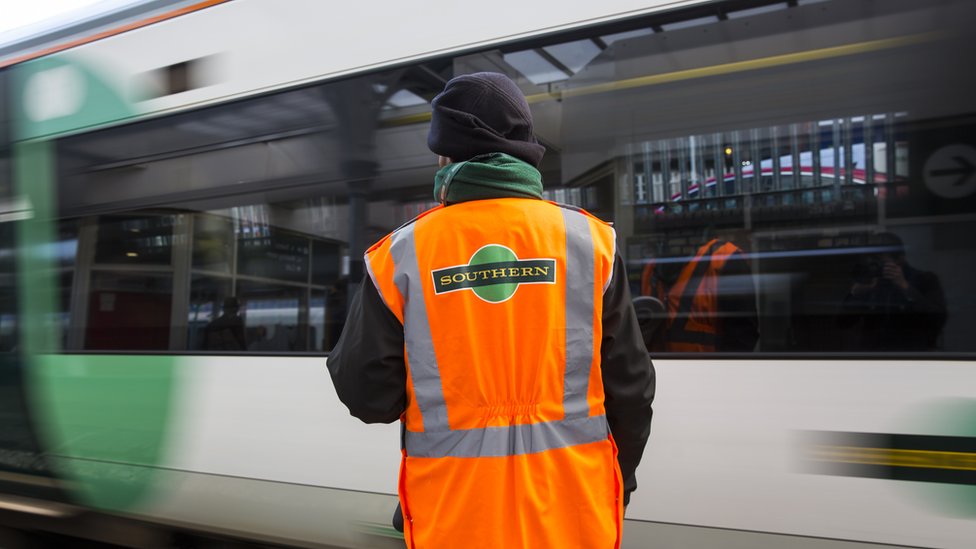 A deal aimed at ending the dispute between Southern Railway and the Aslef union over driver-only trains has been agreed.

Mick Whelan, General Secretary of Aslef, said union members would now be balloted on the proposals.

The result of the vote will be announced on 3 April.

Mr Whelan said the new terms “offer solutions to our concerns, as well as restoring the confidence of all parties, and the travelling public”.

GTR director Andy Bindon said he was pleased with the deal and hoped it would end “an extraordinarily difficult period for passengers, staff and the regional economy”.

Aslef has been in dispute with GTR over driver-only operated (DOO) trains, and the firm’s decision to turn guards into on-board supervisors and give responsibility for opening and closing carriage doors to drivers.

The union’s members have taken six days of strike action in recent months which have crippled Southern services.

In February, Aslef members rejected a deal with Southern by a majority of 54.1% in a similar ballot. It came after 11 days of talks between the rail operator and the union.

Just days before, talks between the Rail Maritime and Transport Workers union (RMT) and Southern rail broke down without any deal agreement.

Mick Cash, leader of the RMT, which has also been taking strike action against Southern, said: “RMT has not seen the detail of the proposed outline agreement between GTR and Aslef and we are of course requesting a full copy as it goes to the heart of our disputes with the company.

“In the meantime RMT is pressing yet again for urgent talks with the company in our guards and drivers’ disputes.”

This is not a done deal – yet. Last month, drivers unexpectedly rejected a deal brokered by their own union.

The margin wasn’t large – 55% against – and the two sides have been talking ever since to find a way of bringing a majority of the members back on board.

We’ve not been told the details of the revised agreement.

But it’s likely to include further improvements to CCTV monitoring systems drivers use when closing the train doors.

Passengers will be crossing their fingers that this time the deal will be strong enough to stick.

Speaker Bercow: Trump should not speak in Parliament