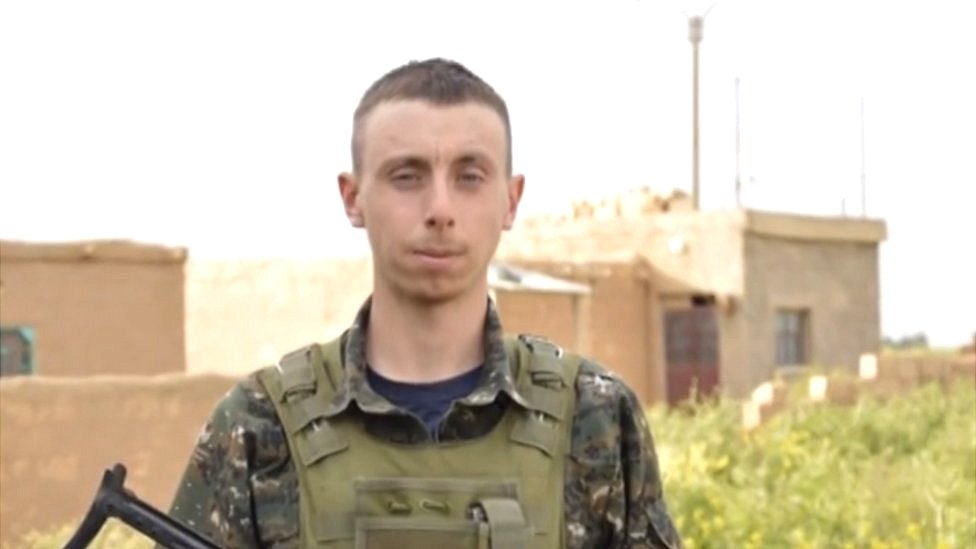 A British man who died fighting the so-called Islamic State in Syria has been described by his stepfather as “courageous, not stupid”.

Dean Evans, 22, from Reading, died in July in the Syrian city of Manbij, after joining the People’s Defence Units (YPG), a Kurdish military group.

His stepfather Steve Howell told the Victoria Derbyshire programme his stepson was “a martyr”.

And both he and Dean’s stepmother Tracey are “proud of what he did”.

In their first television interview, the Howells said their stepson was “prepared to stand up for what he believed in”.

Dean’s mother Joanne split from his father, who was a soldier in the Army, when he was six, before meeting Mr Howell two years later.

Joanne then died when Dean was 18, and Mr Howell later remarried.

Dean had always wanted to be a soldier and was a cadet as a boy. But when he tried to join the British army, he was turned down because he had asthma.

“Being rejected from the Army was so tough for him,” Mr Howell said.

“His desire to serve his country and fight was something he was passionate about. He would have done anything to put on a British uniform.

“He was not a glory hunter, he wanted to feel like he’d done something with his life. Was he well informed enough about the risks? Yes, he knew the reality.”

Mr Howell said Dean spent eight months researching and studying the situation in Syria, and had contacted people who had been there.

He first arrived in Syria in March 2015, having been smuggled over the border by Kurdish fighters.

“I couldn’t accept it. I could understand why he wanted to be there, but it wasn’t easy to come to terms with.”

After being plunged into weeks of fighting for the first time in his life, Dean returned to the UK in June and went back to his former job on a farm.

“When he came back the first time I couldn’t open up to him. He told us he wouldn’t be going back …read more

Brad Pitt 'will not be charged' after FBI investigation