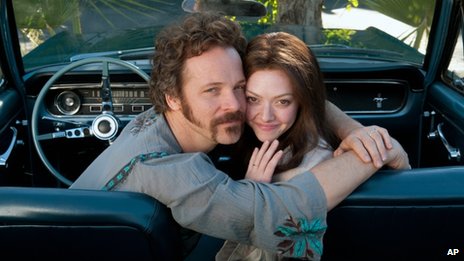 Peter Sarsgaard and Amanda Seyfried were the stars of Lovelace

Claims that a film about actress Linda Lovelace bore striking similarities to 1972 pornographic film Deep Throat have been dismissed by a US judge.

New York District Judge Thomas Griesa concluded that last year’s biopic of Lovelace did not copy the core of the original film, in which she starred.

He said Deep Throat focused on one sex act but the 2013 film, titled Lovelace, did not feature any explicit material.

The owners of the original movie’s rights said they would lodge an appeal.

Arrow Productions sued the makers of Lovelace last year in a bid to block its distribution, but their legal move was rejected by the judge. 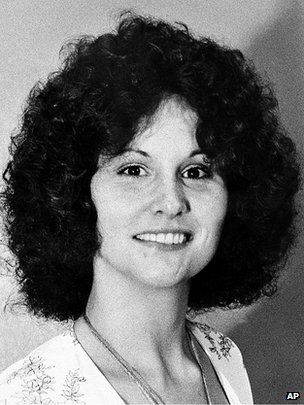 The real Linda Lovelace died in a car crash in 2002

They also claimed the title Lovelace was used “without licence or permission” and sought damages of at least $10m (£6m).

In his decision, the judge described Deep Throat as a “famous pornographic film replete with explicit sexual scenes and sophomoric humour”, while Lovelace was a critical, biographical film documenting the life of the actress.

He commented on the use of three scenes from the 1970s release in the later film, saying they added “a new, critical perspective on the life of Linda Lovelace and the production of Deep Throat”.

Under US copyright law, a certain amount of footage from Deep Throat could be inserted under the auspices of fair use.

The lead role was played by actress Amanda Seyfried.

It also explored her relationship with her mother Dorothy, played by Sharon Stone.