Dame Judi Dench was handed her award by Dustin Hoffman, who directed her in Quartet

Actresses Dame Judi Dench and Emma Watson were among the stars honoured at the Britannia Awards, hosted by Bafta in Los Angeles.

Robert Downey Jr was handed the Stanley Kubrick Award for excellence in film.

Other winners included director Mike Leigh, who won the directing award, and Veep actress Julia Louis-Dreyfus, who was honoured for her excellence in comedy. 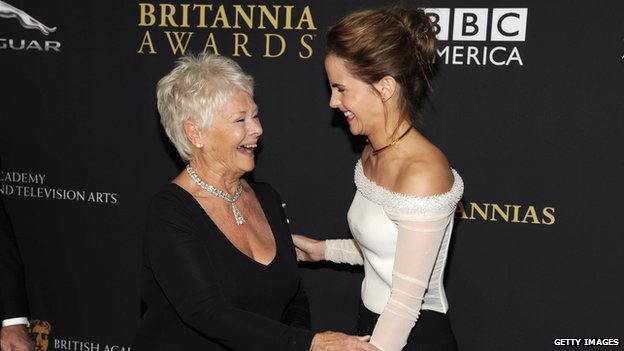 Dame Judi was presented with her award by Dustin Hoffman, who directed her in 2012’s Quartet.

“I’m rather overwhelmed by [the award], because I didn’t ever expect to have a film career at all,” said the actress, who played M in the most recent James Bond films.

She continued: “I never knew Cubby Broccoli, although I know, of course, [his daughter] Barbara Broccoli and [Bond producer] Michael Wilson very well.

“And I’ve had 17 years of doing Bond, which has been just wonderful. So, I’m very, very proud that I shall have something that is named after Cubby.” 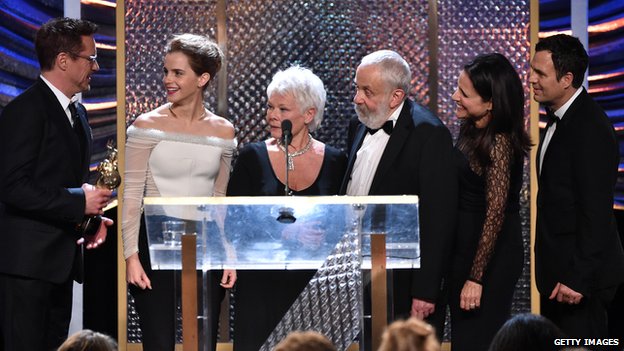 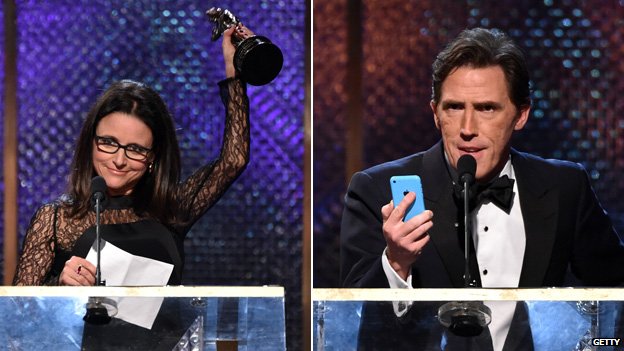