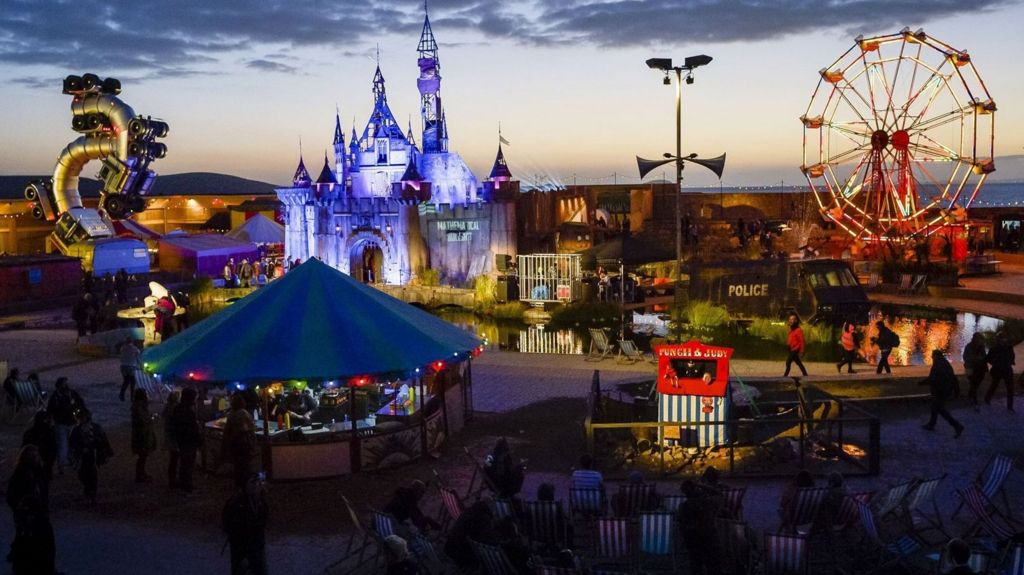 The “bemusement park” at a derelict seaside lido in Weston-super-Mare attracted thousands of visitors when it opened last summer.

The winners will be announced at a ceremony, hosted by Lord Melvyn Bragg, at London’s Savoy Hotel on 5 June.

Now celebrating their 20th anniversary, the awards honour “the very best of British culture and achievement”.

Banksy competes in the visual art category against Cornelia Parker for Magna Carta (An Embroidery) at The British Library and Lynette Yiadom-Boakye: Verses After Dusk at the Serpentine Gallery.

Historical drama Wolf Hall is joined in the TV drama category alongside Channel 4’s Humans and Doctor Foster (BBC One).

In the pop category, Benjamin Clementine, Years and Years, and Sleaford Mods go head to head.

The film category features Ex Machina, 45 Years and Brooklyn, while the theatre contenders are Oresteia, People, Places and Things and Hangmen.

Lord Bragg said the South Bank Sky Arts Awards were a “freeze-frame on a unique moment in British cultural history”.

He added: “This is the 20th of these annual awards and a ripple through the records shows an extraordinary tapestry of talent, ever-changing but always the same in its high quality.”