Former BBC Radio 1 DJ Mike Read has written a song in support of UKIP, which the party hopes its supporters will propel to number one.

But some Twitter uses complained that the track was racist.

Speaking to BBC Radio Berkshire, Read said: “If anyone has taken it the wrong way, many apologies. But it was never meant to be remotely racist.”

He said he found accusations of racism “extraordinary”, adding: “It’s an old-fashioned political satire… you can’t sing a calypso with a Surrey accent.”

He continued: “I love all the cultures and creeds around the world.” 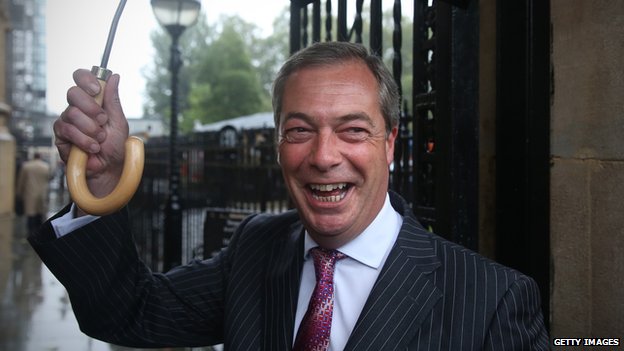 The song has the chorus: “When we take charge/And the new prime minister is Farage/We can trade with the world again/When Nigel is at number 10.”

Read is best known for hosting the Radio 1 breakfast show in the 1980s.

He currently hosts a daily show on BBC Radio Berkshire and is a long-standing supporter of the anti-EU party.

He spoke at its annual conference in 2012 and hosted an event at this year’s conference.

In a Facebook message, UKIP said: “Our celebrity member Mike Read, the former Radio 1 DJ, has written a brand new single especially for UKIP and we need your help to get it to the top of the pop charts.”

The song, credited to The Independents, has been released on iTunes and Amazon. The party said 20p from every 79p download would go to UKIP.