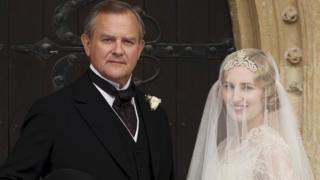 Downton Abbey could go out on a high after its final series was nominated for the best drama prize at this year’s National Television Awards.

The ITV saga, which has won three times in the last four years, is up against Doctor Who, Broadchurch and Casualty.

And Ant & Dec, who have been voted most popular entertainment presenters for 14 …read more

Singleton pulls out of Tupac biopic

Strictly Come Dancing: What would you ask the...

Gallagher: Beady Eye have split up