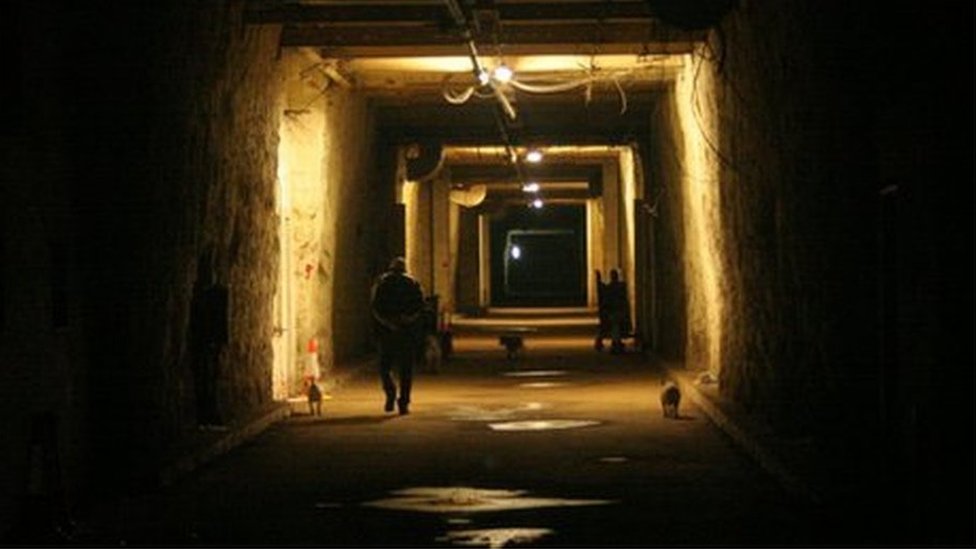 A man who used a former nuclear bunker to grow more than 800 cannabis plants has been found guilty.

A total of 885 plants with an estimated street value of £650,000 were found in Drakelow Tunnels, in Worcestershire, in November 2013.

Grower Wayne Robinson, 48, of Marlpool Lane, Kidderminster was convicted after a retrial at Worcester Crown Court.

He is due to be sentenced next month. In December, another man was jailed for two-and-a-half years after assisting Robinson.

Jason Whiley, from Brierley Hill, West Midlands, had been found guilty of assisting in the production of cannabis, after a trial at Hereford Crown Court in October.

In earlier proceedings, Robinson admitted possessing a shotgun and ammunition without certification, but had denied a charge of permitting the production or the attempted production of a controlled drug on a premises.

Originally built as a factory for making aircraft engine parts in World War Two, the Drakelow Tunnels were lined up as a possible base for regional government in the event of a nuclear attack in the UK.

The 285,000 sq ft network of tunnels stretches for about three miles.

The tunnels were also used by the Ministry of Supply throughout the 1950s for storage, and much of the original equipment is still in place.

Rejected recyclable waste up 84% in England since...

Extremism in prisons to be tackled by specialist...