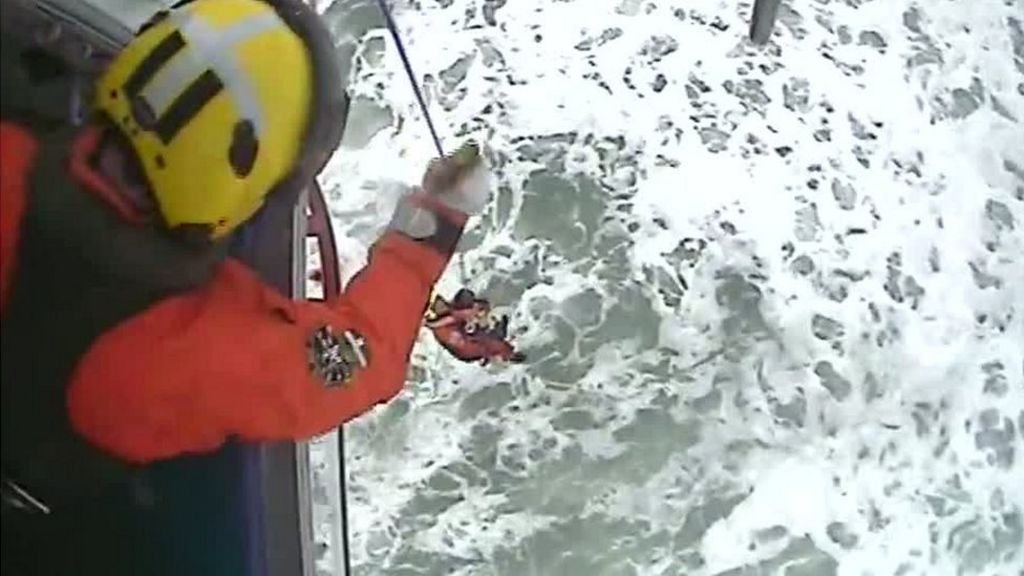 Dramatic footage has been released of two swimmers being rescued by helicopter from the sea.

The students, part of a group of five who went swimming at Holywell Bay, were swept out to sea in a rip current in Cornwall on Sunday.

One made it to shore to raise the alarm but then went back into the water to help the others.

Three of the group made it back to shore unaided but the remaining two had to be rescued, the Coastguard said.

All five, from Falmouth University, were transferred by helicopter to the Royal Cornwall Hospital.

Gareth Horner, Newquay RNLI lifeboat operations manager, said: “It was a very dangerous situation with the real possibility of it turning into a tragedy.”

Falmouth University said a group of 24 students were involved in a beach clean, before a small number, who were members of the university’s sea swimming club, entered the water.

Emma Watkins, from UK Coastguard said: “At this time of year, it is out of season. No lifeguards are on duty.

“Whilst it may appear to look like a nice day it doesn’t mean the water is safe. We strongly advise people to check for warning signs.”