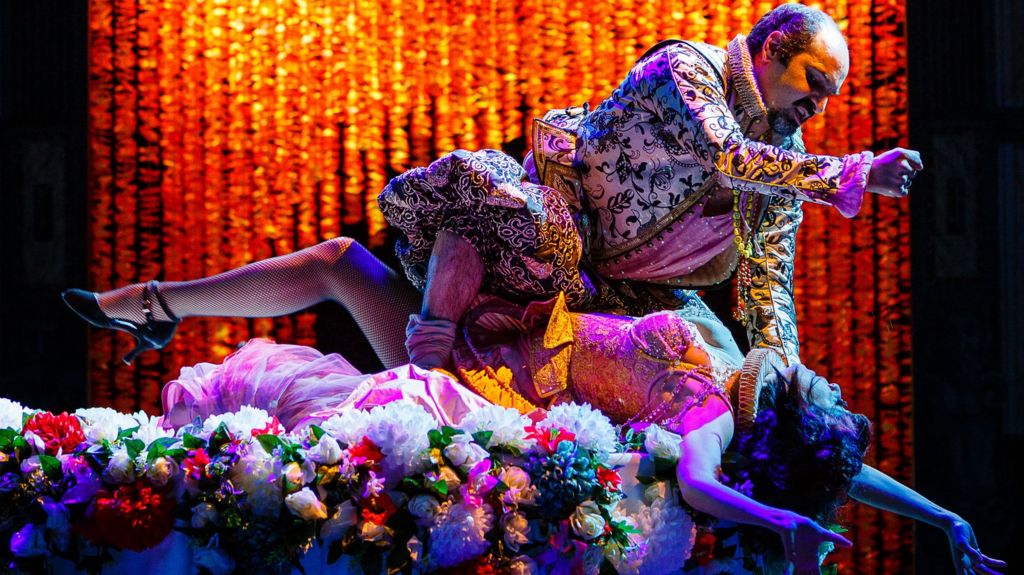 Emma Rice has kicked off her reign as artistic director of Shakespeare’s Globe with a “modern mash-up” of A Midsummer Night’s Dream.

The production, which stars cabaret artist Meow Meow as Titania, has largely impressed the critics.

Although there has been some controversy about Rice’s use of artificial lighting.

“Purists may wish to head for the hills,” observed the Telegraph’s Dominic Cavendish.

The audience on Thursday’s opening night was greeted outside by a “magical forest” of trees with metallic leaves.

Meanwhile, the interior of the replica Elizabethan playhouse was transformed into a wedding venue, with circular tables dotted around the standing area under a canopy of giant orbs.

“Much fun and games, then, but also seriousness, sadness, and troubling madness. The watching school-parties were transfixed. And I was too. Result!”

The Guardian’s Lyn Gardner, in a three-star review, said the play – despite many “fast and furious” gags – never fully tapped into any sense of the enchanted.

“For the first production in what has been dubbed The Wonder Season, this lacks a genuine sense of wonder and magic. There are times when, for all its exuberant gleefulness and merry laughter, it seems a tad charmless. Less could be more.”

“This is living theatre,” said Natasha Tripney, “hot-blooded and hot-bodied, a production that feels utterly at home in the space while also challenging people’s perceptions of what …read more