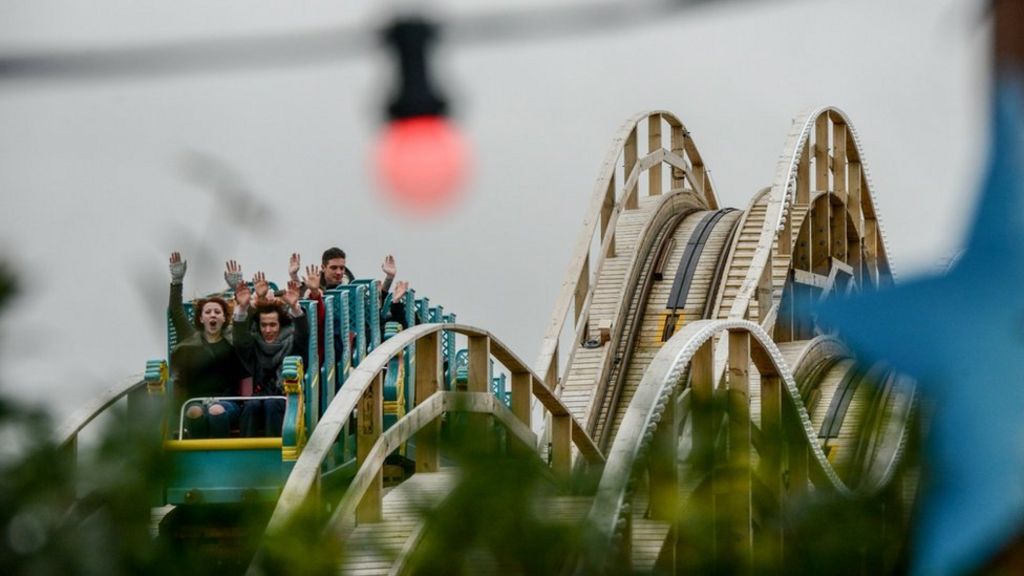 The park reopened in a blaze of publicity in 2015 after an £18m restoration but operator Sands Heritage went into administration on Friday.

Thanet council leader Chris Wells said they had failed to produce the volume of people they had hoped for.

Administrator Duff and Phelps said it was looking for a new operator.

It said Dreamland would remain open and continue to operate as normal.

“They just have not produced the volume of people coming through that they would have hoped and predicted,” said the council leader.

“The operators have, in effect, told us that they are not creating enough cash flow.”

Despite the setback, Mr Wells said administrators were “very confident” Dreamland had a future as an ongoing business.

Sands avoided administration in December under a company voluntary arrangement (CVA), which gave it five years to repay nearly £3m of debts.

Duff and Phelps was also the administrator for Fantasy Island in Skegness, which went into administration in 2014 and was earlier this year sold to Leisure company the Mellors Group – which also owns a theme park in Dubai.

Mr Wells said he hoped going into administration was “the beginning of the beginning” rather than the end for Dreamland.

“The park has a very fine future and will continue to trade throughout this summer,” he said.

But former Thanet councillor Ian Driver said he feared it might close.

“It would be a tragedy to come back here in two months’ time to find it boarded up and non-operational,” he said.