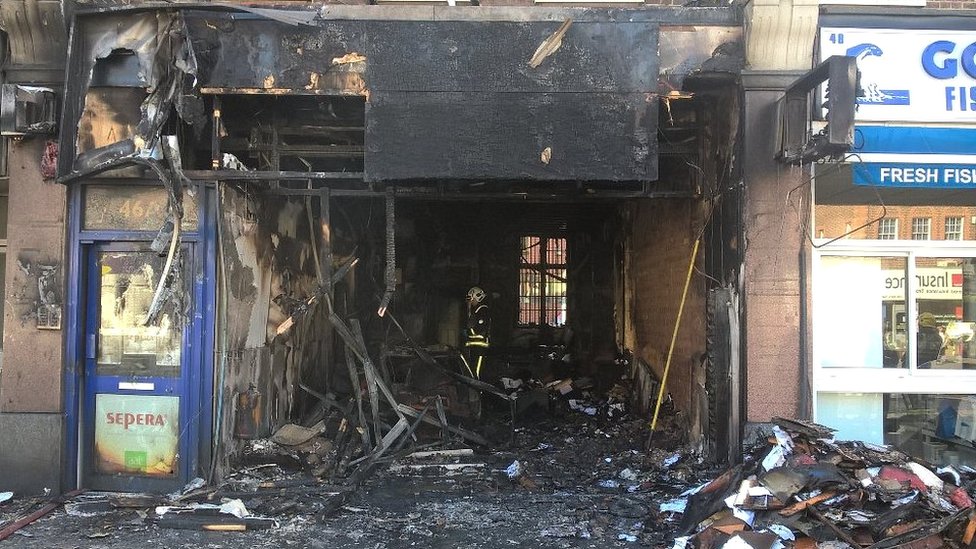 Police are searching for the driver of a car that smashed into a shop and burst into flames in north-west London.

Residents were evacuated from surrounding buildings after the vehicle crashed into the mid-terrace shop on Station Road, Harrow at 03:30 BST.

Police said they had searched local hospitals to find the driver and a passenger who are believed to have fled the scene.

The shop and car were destroyed in the blaze but nobody was reported injured.

Eight fire engines and 58 firefighters took nearly three hours to put out the blaze, which also damaged offices on the first floor of the building.

Station Road has been closed for police to investigate the crash. No arrests have yet been made.