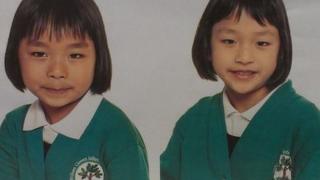 Shelly Wu, aged six, (left) and her sister Lily, seven, were hit and killed at a road junction in Handsworth, Birmingham, last summer

A driver who knocked down and killed two young sisters has been sentenced to four years in prison.