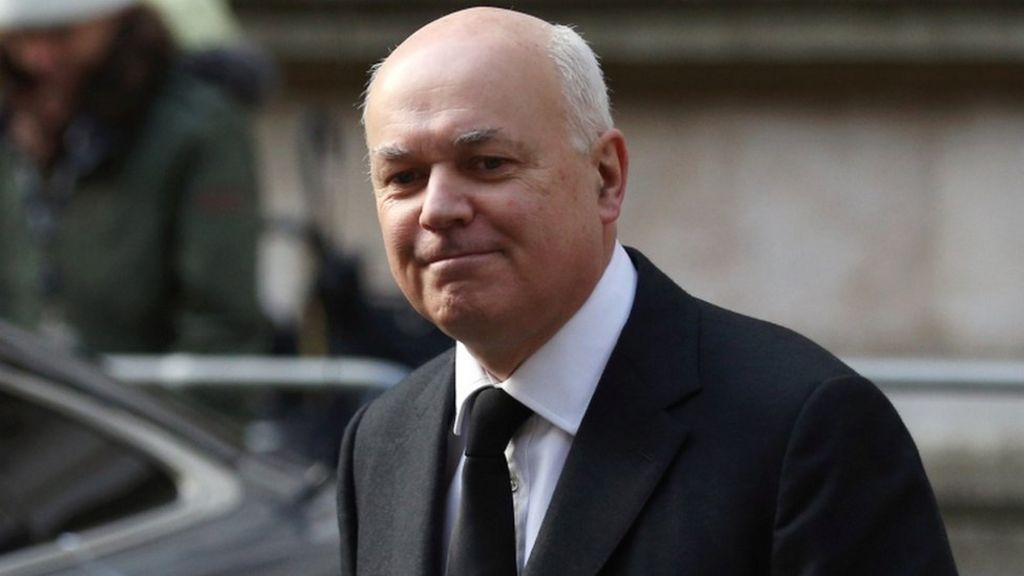 On Friday, Mr Duncan Smith said he was quitting as work and pensions secretary in protest at disability benefits cuts.

But Lady Altmann, who described her ex-boss as “exceptionally difficult” to work for, accused him of wanting “to do maximum damage to the party leadership” to help his campaign to leave the EU.

Sources close to Mr Duncan Smith insist his resignation was not about the EU.

Mr Duncan Smith is due to give his first interview since resigning on BBC One’s Andrew Marr Show at 09:00 GMT. Stephen Crabb was appointed as Mr Duncan Smith’s replacement on Saturday.

In his resignation letter, which many commentators have interpreted as an attack on Chancellor George Osborne, Mr Duncan Smith said the latest changes to benefits for the disabled were “not defensible in the way they were placed within a Budget that benefits higher earning taxpayers”.

But Lady Altmann said she was “shocked” by the resignation saying her former boss had “championed the very package of reforms to disability benefits he now says is the reason he has resigned”.

In a statement, Lady Altmann said: “This really seems to be about the European referendum campaign.

“He seems to want to do maximum damage to the party leadership in order to further his campaign to try to get Britain to leave the EU.

“As far as I could tell, he appeared to spend much of the last few months plotting over Europe and against the leadership of the party and it seemed to me he had been planning to find a reason to resign for a long time.”

DIAMONDS OF THE ISLANDS [HOSTED BY DWAYNO]